I’m sending a shoutout to my bestie Grace Draven this week, celebrating the long-anticipated release of THE IPPOS KING on Tuesday, October 6, 2020. I read an early copy and this book is amazing and wonderful and totally worth the wait. (I know her website still says September, but it really comes out Tuesday!) (Also, Grace might be a dear friend, but she became my friend because I read and loved her books. So, I’m biased, but in the best possible way. This is really is a wonderful book!)

Our topic at the SFF Seven this week is  Nitpicking – venting about things or thinking about the value of attention to detail.

I want to tell you all a story about proofreading gone horribly wrong. 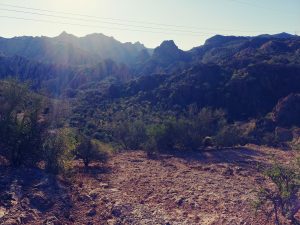 This isn’t a great shot, but these little girls are so awesomely adorable. We got to attend our granddaughter’s spring dance recital yesterday. The costumes were amazing. So much fun.

Our topic this week at the SFF Seven is editing: do we use editors or do it ourselves, how long does editing take, etc. As you may have guessed from the title, I’m somewhat passionate on this topic. Come on over to find out why. A good developmental editor is key for taking a book from good to great. Or from meh to great. Or even great wad of suckage to great. The last week was so warm, everything is leafing out and the lilacs are budding. Today we’re wrestling with a storm that slid down from Alaska (gee, thanks, Alaska) and we’re to get a hard freeze tonight. Yeah, I’ll be out there this afternoon, making free with the blankets.

I feel like lately I’ve been seeing lots of pet peeves in social media. Editors and agents like to tweet their peeves, often with the hashtag #pubtip. Sometimes a literary agency will start a conversation on the topic – “Hey readers, what are your literary pet peeves?” Bloggers will make lists of cliches to avoid.

All of these are great conversation starters on social media. After all, people love to air their gripes with each other, especially in a humorous context. It’s even better if those gripes derive from your work – the things you deal with all day, every day, week after week. They make for great riffs and people one-up each other and add gifs. It can be terrific entertainment.

I’ve even heard it said that you should follow agents and editors you’d like to work with, so you know what their peeves are.

Seriously. Don’t do it. Don’t pay attention to these gripes and lists.

Why? Because they’re not really real.

Let me give you an example. A few weeks back I saw an agent tweet something along these lines:

“Pet peeve: books that open on dialogue. Voices shouldn’t come before we know who the bodies are. #pubtip”

This struck me because I’ve done this with published works. More than once. I bet we can all think of books that have done this and done it really well. This agent is right to call it a pet peeve – it’s nothing more than something that personally irritates her. So, should you change your book opening to please her?

Let’s consider that. Maybe you’re saying, sure Jeffe, if I’m querying her, I want my best odds, so for her I’ll open on description instead. Okay, fine, but she’s one of hundreds of agents you might query, with no guarantee that, just because you avoided that particular gripe of hers, she’ll want to represent you. So do you change your opening for every agent you query? Do you scour the internet and make a spreadsheet of every complaint every agent or editor makes, maybe categorized by type – openings, endings, characters, plot devices – and then check them off to groom them for that person?

Please tell me you wouldn’t do this.

There’s a fable for this, which everyone should recall, about the man who tried to please everyone. This is kind of a cutesy version, but the message  remains – when you try to please everybody, you end up pleasing nobody. Least of all yourself.

The thing to keep in mind is when these fine people – and I’ve seen my agent and editors, who I like and admire, do this – give advice, they’re seeing the world from their perspective. I know that seems self-evident, but stick with me. I think of this like the teacher with 30 students. They learn her name immediately. It takes her much longer to learn 30 names. An editor wants a manuscript that’s tailored to him. He’s not seeing the writer’s perspective of trying to assimilate the likes and dislikes of 30 editors. And really, it’s not his problem.

So, what’s the solution?

Three things: Be true to yourself, learn your craft and protect yourself from negativity.

Being true to yourself

See, even if you change your opening so cranky agent who doesn’t like disembodied dialogue openings will keep reading, she might also hate your second line. Or the fact that your main character is gay. Or that she isn’t gay. Reading is subjective. Either the agent will resonate with your work or she won’t. It’s tempting to try to control this, but you can’t. The sooner you accept that, the happier you’ll be. And I’ll let you in on a little secret – even if she hates that you started on dialogue, if she loves the rest of the story, she’ll still take it. She might call, gush about your wonderful story, offer representation and then say “oh, but I think you should open with this line.”

The one thing that will surely kill a story, however, is if it’s been worked to death to please everyone but yourself. It’s like the old saw that no one will love you until you love yourself first. If you don’t love your story, how do you expect someone else will?

Do what’s right for the story, first and foremost.

Most of the cranky lists – things like “cliches writers should avoid” or “10 signs of bad writing” – are responses to poor craft. I saw one yesterday, that both my agent and one of my editors were all over with glee, that listed cliches. They each listed which ones they particularly hate. The thing is, I figured I’d probably done all of those things. For example, one was don’t have your character describe themselves in a mirror. I use mirror a lot. I’m really interested in the idea of self-perception and that the mirror is an archetype of being able to see your true self.  I know perfectly well if I pointed this out to my editor or agent, where in my books I’ve done this, they’d say “oh, but you avoided the cliche – you handled it differently.”

Thus, the answer is not truly to avoid cliches. That’s the simplistic approach. After all, cliches become cliches for a reason (also a cliche, right there). They get overused. The point is to use those memes or archetypes well enough that they transcend cliche instead of being a crutch.

Protect yourself from negativity

To me, this is the hugest part. When I saw my agent and editor climb all over that list of cliches, my brain started churning and obsessing. How many of those have I done? Oh my god, isn’t that one in the story I just sent her? I started thinking about the story I’m writing now and wondering if I need to rework this or that. I worried. I felt like a Bad Writer. Even that one about not opening with disembodied dialogue niggled at me, even though the story I know I did it in has been used in workshops with that opening as a good example. That’s a lot of emotional impact on me, for something she likely Tweeted in a moment of irritation and promptly forgot.

All of this is why I think writers shouldn’t pay attention to this kind of thing. I’m not saying don’t follow agents and editors you’re interested in. I absolutely think you should. But don’t treat everything they say as gospel. Who knows? By the next day they may have forgotten they even said it.