Check out the pretty pretties! This gorgeous cover by the wonderfully talented Ravven is just phenomenal in print. And now I have copies on hand if you want to order a signed and personalized book! You can also check out my store for signed print copies of most of my other books. *Note that if you want it personalized, you need to fill out the line saying so. Also, if you already have a print copy, you’re welcome to mail it to me for signing, too.

The judicious use of secrets and revelations can be a difficult skill for new writers to learn. Jeffe Kennedy, known for her slow reveal of deeply held secrets, worldbuilding details and using secrets to amplify sexual tension will teach skills to approaching this delicate task.

She’ll discuss when to withhold information and how that functions to build tension, even in books that aren’t technically mysteries. She’ll also give pointers on how to know when NOT to withhold information and how to seed important clues. She’ll cover how to create suspense through setting, body language, and dialogue. Finally, Jeffe will discuss different approaches for the big reveal and how to avoid info-dumping so that the pace remains climactic.

Should be big fun!

I’m also considering starting one or more Mastermind groups for aspiring writers. I’d match you up with a few writers of like minds and goals – and current career status – and guide the group in supporting one another to maximize everyone’s success. If you think you’d be interested, message me through the website contact form. Our assignment this week at the SFF Seven is to give a shout-out to the non-author creatives who enrich our lives: illustrators, musicians, jewelers, painters, poets, voice-actors, etc. This one is an easy pick for me because I just released THE FATE OF THE TALA, which means I’ve been posting the cover everywhere.

Fortunately, it’s so freaking gorgeous that no one gets tired of seeing it over and over. That’s because it’s the work of Ravven, Queen of the Cover Artists.  Come on over to find out more. 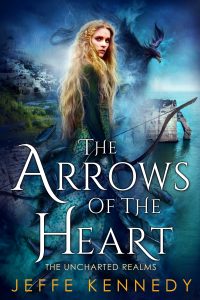 Our topic this week at the SFF Seven is Cover Artist Praise. Come on over to hear about mine! THE SHIFT OF THE TIDE is taking shape! If you haven’t been under a rock these last two days – and if you have, hey, I don’t judge – then you’ve already seen the cover. So much gorgeousness! The incomparable Ravven did this for me. Many people (who haven’t been under a rock, but that’s okay, too) have asked if this is the same artist who did the covers for (RITA finalist!)  THE PAGES OF THE MIND and THE EDGE OF THE BLADE. The short answer is: no.

But Ravven did an AMAZING job of matching the look and feel of those previous covers. Those were done via my publisher, Kensington. They hired artist Cliff Nielsen to create the images and Kensington’s in-house cover designer, Kristine Mills, took it from there. Ravven did both jobs and managed to capture the same vibe while pinpointing everything about Zynda as I described her.

Because, yes, that’s Zynda – the Tala cousin of the three princesses of the original Twelve Kingdoms trilogy. She’s a powerful shapeshifter, capable of taking many animal forms, and she’s also a sorceress. Just how much can she do? Well, we don’t know for sure! But, like her cousin Andromeda (Andi), she is of Salena’s potently magical line. Zynda has an interesting role to play in unraveling the riddles that plague their realms.

Oh, wait – you’re wondering why I’m doing this book on my own, when the previous five were with Kensington? Yeah, savvy readers will have picked out that THE SHIFT OF THE TIDE will be self-published rather than traditionally published. This partly by my choice, partly not.

See, this is how traditional publishing works, is that they might decide they no longer want to publish a series even though the author (and possibly readers!) think there’s more story to tell. In Kensington’s case, they were happy the books were so well received and have gotten great awards, but the sales weren’t what they wanted. Specifically the print sales. All of these books have sold great in ebook form – which is very typical for romance – and have sold through on the advances Kensington gave me. The print sales, however, weren’t as good as they wanted. What did they want? I don’t know. These decisions are rarely made clear to the authors. Instead, what they do – and did with THE SHIFT OF THE TIDE – is pass on the “option book,” which is the next book I’m contractually obligated to offer them.

Once they passed on SHIFT, which came as no surprise to me for a number of reasons – frankly, I was luckier than most to go that long as many authors get two books and that’s it – I had the freedom to self-publish the rest of the series. That’s pretty huge, by the way. Back in the Bad Old Days, I would not have had this option. The infrastructure to self-publish simply wasn’t there. You know how some of your favorite series suddenly seemed to just… stop? 95% of the time, that’s the reason why. (The other 5% being author going off the edge, burning out, or dying, pretty much in that order.)

So, I’m planning to do this book and at least one more. After that… it depends! I’ll have to see where the overall arc is and how you all are with it. I’ll have to make my own sales decision. For the time being, I’m *thrilled* that this cover continues the look of the series in grand style. In additional exciting news, my editor for the first five books is freelancing, so Peter Senftleben will be editing these also! I’m also fortunate to have my same production editor, Rebecca Cremonese, who makes sure all of my books are as perfect as my stubborn nature allows.

I’m shooting for August 15 release date on this. Amazon only allows a 90-day lead on setting a pre-order date, so by mid-May, when we can actually DO it, I’ll know for sure that I can commit.

This is the initial blurb. It will change as, you know, I write the actual story. If you want to learn something about how my process does (and doesn’t!) work, save this and compare it to the final. Could be entertaining!

Free from the hand of a tyrant, the Twelve Kingdoms have thrown all that touch them into chaos. New allies appear–and enemies encroach–from all sides. To survive, they must adapt to this new reality without a moment of doubt…

Growing up in a country where magic was common as dust, Zynda never had to worry about her enchantments upsetting the balance of nature. But the land beyond the borders of the thirteenth kingdom calls to her. It may be foreign and ugly, but the strangeness is laced with an excitement she has never known. Outside her homeland, Zynda’s shapeshifting and sorcery are a potent advantage to nations grasping for dominance–and the thrill of power lures her even as she recognizes the threat she poses to these magic-buffeted realms.

A ruthless enemy stalks them, promising destruction if she does not fight with all her strength–but if she upsets the equilibrium of the land, all will pay, the common people most of all. And a man of this outside world fascinates her, a mossback with no scrap of magic in him. He knows nothing of the fears and temptations pulling at her. But in his steady embrace she learns she must choose well–for the consequences may reach farther than she ever imagined…