We got snow. A lovely, soaking snow that started in the afternoon and continued through the night. The ground is busily sucking up the much-needed moisture. Don’t worry – the spring flowers are fine. I only wish you could hear the birdsong soundtrack that goes with this photo.

Also, big shout out to Marcella Burnard, friend and critique partner, whose sexy novella Enemy Mine releases today! She’ll be visiting the blog tomorrow, when she plans to blame it all on me, as I understand. Despite that threat, I plan to give away a copy to a carefully chosen commenter.

But that’s not why you’re here, is it? You want to know how to become a phenomenon.

I’m hearing this discussion a lot lately, especially with the sudden frenzy over 50 Shades of Grey. My mom sent me this link the other day, to the Fifty Shades Frenzy video. It’s not that long and kind of fun to watch, if only for the sheer enthusiasm of these women, lighting up over the book. My mom then commented, “she stole your idea!”

This is why we love our mothers.

Indeed, author after author on Twitter has been reporting various family members contacting them, asking if they’ve hear of this book. Suddenly what a lot of us have been writing for some time has been catapulted into the public eye – and approval, even. Suddenly people have heard of what we write.

And people are working the angles.

Some writers are tearing out their hair that this particular book is the one to hit, analyzing its many flaws. Others are talking about how their genre is HOT now and how to capitalize on that. Mostly what everyone wants to do is figure out is the magic formula. Why THIS book??

Mostly, we are jealous.

I mean, I am jealous.

I know it’s low of me, an unflattering insight into my less than sterling character. But there it is. I want for my books what this book is getting. The love, the notice. Chocolate-covered heroin, doncha know. The money would be nice, too.

The thing is, though, I think this is an impossible question. A while back I posted about the interview between JK Rowling and Oprah Winfrey, where they discussed what it’s like to become a phenomenon and why it happened to them. They don’t know either. They were right there, creating the thing and they have no idea. If you watch the Fifty Shades Frenzy video to the end, you’ll see an interview with EL James. SHE has no idea either. You’ll see – this is not a woman who’s a sharp marketer or calculated her way to the hearts of the ladies in the video. She simply started writing her spin-off fantasy of Twilight and BOOM!

(It should be pointed out that, despite its apparent sudden advent into public awareness, this is not an overnight boom. I read the book over a year ago.)

So, even as I rummage in my desk drawer for chocolate, because there is no chocolate-covered heroin available, stewing because other people have what I want, I know it’s all the merry-go-round. It’s all lights, tinkling music and fake horses. Up and down, round and round. Until you’re vaguely queasy and wondering why the ride sounded so appealing in the first place.

My friend from college who has a masters in statistics was posting some numbers the other day. She said that the odds of winning the Mega Millions lottery were 1:175,711,536. This compared to the odds of dying in a plane crash (1:29,400,000) or being hit by lightning (1:10,000). Looking only at the number of books published in the US in 2009 (the easiest number I could find), the odds of having the stand-0ut book of that year would be 1:288,355. I’m betting that number doesn’t include self-published books either, which is how Fifty Shades started out.

How we’d define phenomena like Fifty Shades, or empires from the Twilight or the Harry Potter books, I have no idea. This is why *I* don’t have a masters in statistics.

Suffice to say, stay inside during thunderstorms and don’t worry so much about flying.

We can write good books while doing both of these things. 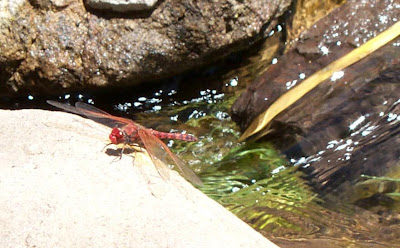