Found art. Literally. I was looking at my camera uploads to choose a pic for today’s post and found this. No idea what it is or how it happened, but what a gorgeous mistake. Art can be like that.

Our topic at the SFF Seven this week is Author behavior tips for social media. My answer is a little different this time. 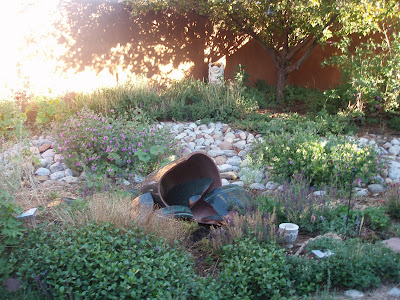 Yes, I finally did something with the pot Alex shattered. I planted some little heat-tolerant plants around it, too – they’re just difficult to see in the photograph. All in all, I think it looks pretty decent. And I planted the roses, too.

I thought about calling it “Fragments of a Dream,” but that seemed, well, spectacularly melodramatic, especially since there aren’t any shattered dreams around here. So I decided to leave the title of my found art as just “Fragments” – that way the viewer can fill in his or her own thing that’s disassembled.

I went through The Body Gift, too, and made everything match up (I think, I hope, I pray). Sent it to three of my Critique Partners and one, who hasn’t seen any of it, has declared herself in love already. Big sigh of relief there. The agent I’d love to sign with said to send it so she could read it before the National convention, so I’m going to have to trust in the story and send her off soon.

My well is bone dry. I think I’ll even take this week off from writing and not even look at any wordcounts. Plus, this will be a busy time. David’s birthday is Wednesday. We go up to Denver for my high school reunion on Friday. Then next Tuesday, I head to the RWA National Convention.

Somehow my Julys always seem to end up really busy. Here’s hoping for a lazy August! 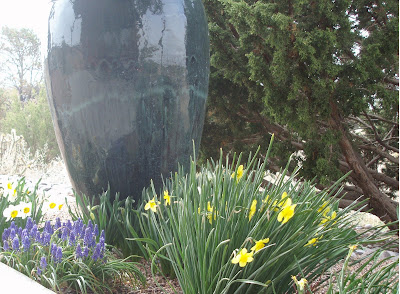 When we were house-shopping in Santa Fe last summer (which feels both forever ago and yesterday), our agent took us to a house on the other side of town.

It was a blatant attempt to upsell us. The asking price exceeded our upper limit by nearly $100K, though she assured us we could ask offer far less than that. Of course, she told us that same story on a couple of other houses, too, and when we did offer much less and they came back with indignant counters, our agent would sound all sad and act like we were crazy to think we could get it for that and the counter was actually an amazing deal.

Anyway, this house on the other side of town was fun to see. The selling agent met us there – which is also kind of a no-no – and really pushed us on the place. We had to have it, they said. A divorce sell, the house sat on a hillside facing the Sangre de Cristos. The view everyone in Santa Fe wants to have they told us. Never mind that the patio and hillside were so overgrown that you couldn’t actually see the mountains.

One room was a studio with 20-foot ceilings, which was neat, but not very useful if neither of us paints. With the odd shape, size and window-placement, it would have made a very unfriendly bedroom.

What with the stamped concrete, the high ceilings and open space, the house made for a dramatic showroom to entertain guests. It wasn’t much for living in. The real adobe walls (as opposed to the “Disney Adobe” of stucco frequently used) set off the massive and somewhat disturbing paintings that hung everywhere. Divorce paintings, perhaps.

The art, the selling agent told me, with a conspiratorial grin, could be negotiated into the purchase price.

And suddenly I realized who he thought I was.

Who buys the art with the house? Someone looking for their ready-made Santa Fe showplace. It’s like paying a designed to fill your bookshelves with attractive-looking spines, never mind the contents.

Art and books are usually personal things. You buy and keep them because you love them. You love them so much you want to have them right there within easy reach, or easy viewing, at every moment. Like all things, I suppose, at some point that becomes a business. How much will I pay someone to let me have it right nearby? The interesting thing is, it’s not the artist who wants to negotiate that price: it’s the middle man.

Right now, Penguin and Amazon are in a pissing match. As a result, Penguin’s new releases are not available on Kindle. Not just delayed, not for a different price. Just not at all. A couple of those releases are from authors I like to buy. I’d like to read those books. But the lion’s share of my reason for using the Kindle is to reduce the amount of space I devote to books. I want to have them, but I don’t want them on my already overtaxed shelves.

Which means, I won’t buy the hard copies.

The middle men want to make money from what we love. They will always offer us a deal, throw in a little something extra. The thing is, package deals always benefit the seller, rarely the buyer. Otherwise, the sellers wouldn’t love to do it so much.

All I can say is, I would never buy the art with the house. 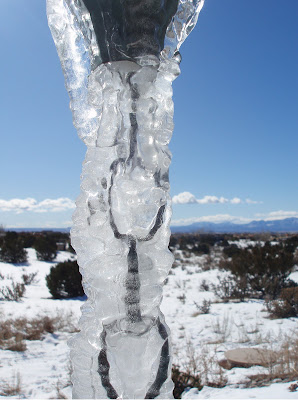