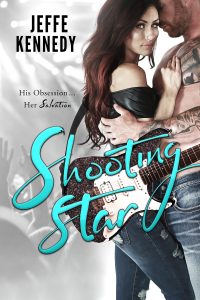 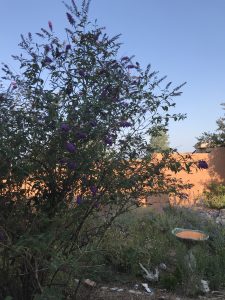 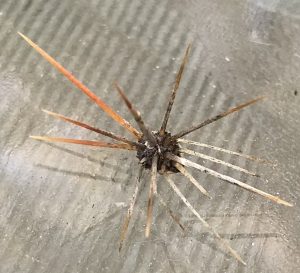 In honor of my birthday today, I dug out this photo of my third birthday. Possible first hat sighting. 🙂

One of these years, I totally want to have another swimsuit-clad birthday party. Maybe in the Caribbean. Everyone can come! (We may need a bigger cake, however.) Today feels very blessed and special to me. When I blinked my eyes open, David rolled over and wished me happy birthday. I’m so lucky to   have him in my life. It’s raining today, always a welcome blessing in the desert – and Sandia was lit up bright pink, complete with rainbow. We went and ran at the gym. I’m in b etter cardiovascular condition than I’ve maybe ever been in my life, thanks to the running and my treadmill desk. I rotate through a number of playlists and today’s happened to be a hit list of longtime favorites – Every Rose Has Its Thorn, Tonight Is the Night I Fell Asleep at the Wheel, Dar Williams’ Alleluia, Running Down a Dream, and the Waltz for Eva and Che. Interestingly, they all follow the theme of reviewing the past and taking in both the regrets and joys. At the end of Waltz, Eva wishes for a hundred years – something I wish for, too.

A flock of bluebirds dashed past the windows as we ran. David took me out to breakfast, my mom sent me beautiful flowers and since then I’ve been catching up with all the warm and wonderful good wishes from my online community – longtime friends, new friends, authors, readers and everyone in between.

A few readers and reviewers are celebrating the occasion by posting favorite reviews of my books, or quotes from them. That’s a first for me – and it’s just staggering. It feels like the most amazing way to give me a virtual hug. One of them, that I particularly loved seeing, partly because I don’t remember reading it before, says this of The Mark of the Tala:

I felt different after reading this book. The lines of my imagination were tested, and I LOVED IT. Jeffe writes with a paintbrush of a talented artist. Her words are filled with beauty and pain all at the same time. I found that this story was so well written, that even the simplest line, “And there was Rayfe. Waiting for me,” overflowed with emotion. You could feel what she was feeling as she wrote the words. It was an amazing feeling to be so tuned into the author just by reading her words.

Amazing for me, to read THAT.

Lucky for me I have presents to give back! I just happen to have a box of hot-off-the-press ARCs of The Tears of the Rose. I’ll be mailing out a bunch tomorrow, so let me know if you want one! The Honey Moon from June 13. I waited a bit late to get out there with my camera, but it’s kind of a cool photo anyway.

Full summer is here with all that brings – warm evenings outside, time spent in the garden or working on the patio. I’m getting a nice tan. And lots of plans to do fun things all the way past Labor Day in September. That always seems to be the way of it, looking ahead to the end already. Human nature, perhaps?

My mom and I were talking yesterday about a friend of hers with cancer, which she calls “the bad stuff.” She’s an irrepressibly cheerful person who refuses to dwell on the fact that the bad stuff has come back and her prospects are dim. My mom said that, when she feels blue, she reminds herself that she’s not facing that. I do the same thing, to focus on the moment, to enjoy my life so that shadows of future endings don’t taint what I have now.

But looking forward to future fun builds anticipation, too. Our end-of-summer plans involve celebrating my birthday, along with my aunt’s and stepdad’s. My late summer birthday has always been a bittersweet event for me. On the one hand, I love my birthday and look forward to it. Birthdays are a big deal in my family (obviously) and are celebrated with panache. As a Leo girl, I soak up my moment in the sun, unabashedly savoring the gifts and good wishes, all the petting, eating and drinking. But my birthday has also always meant that summer is coming to a close and that school would start again, usually within a few days. The two have been entwined in my head from my earliest days – the indulgence of my birthday with the ending of another summer.

I’m at another ending right now. I’ve hit 120,000 words on The Talon of the Hawk, book 3 in my Twelve Kingdoms trilogy. By tomorrow, it should be done. It’s a big ending, because it ties up not only this heroine’s story, but that of my other two heroines also. I’ve talked about how I’m past deadline and going long on this book. What that’s done is made me very focused on finishing. I’ve been pushing hard towards this goal and looking forward to completing this project.

But then… it will be over.

I’ll miss living in this heroine’s head, miss the world of The Twelve Kingdoms. For my readers, the adventure has just started – they’re reading book 1 and anticipating book 2. It’s a funny place to be. I have all the rewards of finishing – which are considerable – but also that twisted up bittersweet nostalgia that summer is drawing to a close.

All in all, good problems to have.

David took this picture. It might be my new favorite. Even my mom – the blonde behind the camera next to me – will like it because her glasses aren’t showing. She’s been having to wear glasses instead of contact lenses for the last couple of months, so her eyes will return to their natural state before her cataract surgery. Which is today.

We had a lovely weekend in the mountains, up at Snowmass in Colorado. Friends have asked what we did and I don’t have much to tell them. We sat on the deck. I got to read a lot. We drank wine and hung out. There were presents – and then tech support for the presents. Mostly I just enjoyed being with my family.

My stepsister, Hope, and her hubs and boys called and sang me Happy Birthday. Then she explained that the fabulous iced-tea maker she sent me from Teavana is in homage to my blog post about there still being more summer. It’s funny that she mentioned that post in particular, because it was one of the ones that no one commented on. Now, I’ve said many times that I will never be one of those bloggers who begs for comments. I read a lot of blogs and I don’t always comment. Usually I just don’t have anything in particular to say. But – every once in a while – it’s because the blog post annoys me in some way. So, of course, when no one comments on one of mine, a little niggly voice starts suggesting that everyone hates me.

Which leads to the eating of worms. Never pretty.

When I learn, then, that someone did read and even better, took that thought away from her, I feel the opposite way. Like making iced tea and guzzling it so that sparkling drops fly everywhere.

Writing is funny that way. Even blogging, which is more interactive than most writing media. It often feels like talking to an empty room. When someone answers, it can be astonishing. My long time friend, Kev, sent me a birthday email, just to catch up his end of the conversation – because he can’t always think of snarky replies to my blog posts. A little while back, this gal, Rachel, said something very nice to me about my writing and we chatted a bit on Twitter. In an attempt to convince me that she’s not a stalker (much), she mentioned that the fact that she’d planted cactus in her Kansas garden and was wearing a Cat Woman costume meant nothing.

Yeah, she cracked me up.

But more – it made me realize that people do listen. Even when we think they don’t. When they’re off being too busy to think up clever comments.

It’s a good thing to know.