The upside of me not being in San Diego on June 1 is that my event at Mysterious Galaxy will be available to all of you via Zoom! Would love if you all joined in!

Our topic at the SFF Seven this week is Names: What’s your favorite source/method for naming your characters, places, etc? Come on over to learn my secrets. One of the most fun things about having a book release these days is the #bookstagram world. So many book lovers make gorgeous collages with my book cover – like this one from Reading Between the Wines Book Club – and then tag me on Instagram. With THE ORCHID THRONE, I’m getting all kinds of beautiful orchids and it rocks so hard!

The hubs and I have been watching Reign on Netflix – from the beginning as we’d never seen it – and we’re a few episodes into Season One. I realize I’m late to the game on this, as the show ran from 2013 to 2017. But I’ve seen so many people – like my editor Jennie at St Martins – who just LOVE this show, that I wanted to check it out. And it’s gotten me thinking about historical accuracy in fiction. Come on over to find out more. 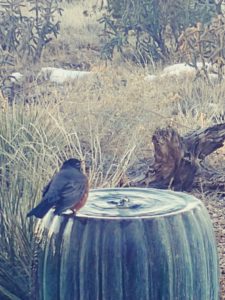 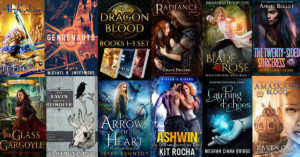 Our topic this week at the SFF Seven is “The Godparents: Your top five influences as a writer.” Come on over to find out mine!

Also, we’re heading into the last week of the Science Fiction and Fantasy Writers of America (SFWA) Fantasy Storybundle. The theme is “Kickass Heroines” and this is such a kickass collection. I was one of the first to download it, even though my own book is in it, and I’ve read a couple of others. So many fantastic books for an amazing price. 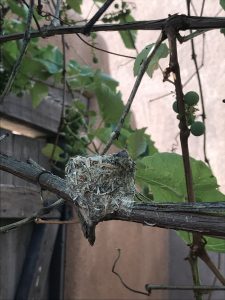 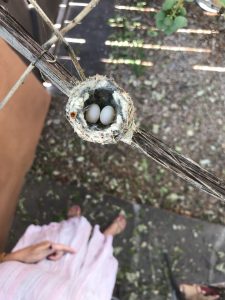 This is a fun thing: the Science Fiction and Fantasy Writers of America (SFWA) have put together a fantasy-themed storybundle, curated by our fabulous president, Cat Rambo!

This is a cool deal because you can get four fantasy novels – including my LONEN’S WAR – for only $5. You can pay at least $15 to get eight more books. All the authors get a cut either way, and SFWA gets a percentage, too, which goes toward our mission to support, promote, inform, defend, and advocate for professional fantasy and science fiction writers.

You can read more about the books here. Feel free to spread the word! This is only available until November 2, 2017.