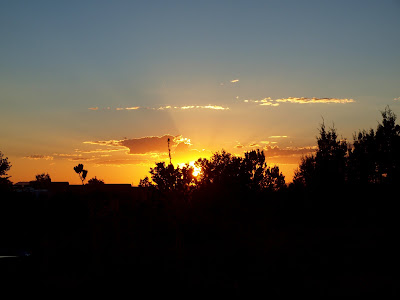 No, really, I am! I believe in positive thinking, in realizing your dreams, in doing whatever it takes for any of us to make our lives the most wonderful and fulfilling as they can be. I believe doing what I can to support other people in their efforts.

But I just hate inspirational shit.

You know what I mean. The kind of thing some determinedly cheerful person would slap on the photo above that’s meant to draw our attention to beauty and joy and the angels singing.

This is possibly tied up with my issues about being nice. I’ve just never been very good at it. At the same time, lately people have been telling me how helpful I’ve been to them. I can see that, because sometimes being helpful means that you can’t be nice. The Taoists say that you have to be very careful about helping people because it’s difficult to know what people really need. Sometimes people need something really terrible to happen to wake them up to their real dreams. Like the proverbial story of the business man who ignores all but his career until the devastating event, after which he quits his job, sells everything and becomes a painter.

None of us wants to be the devastating event. Fortunately the universe generally takes care of that.

So, most people resort to the cheerleader method of helping. The rah rah, you can do it! variety of helping. It’s innocuous. You can’t really lead anyone astray doing that, not like saying “you should really quit your job, sell everything and become a painter.” We all love hearing our supporters cheer us on and it feels good to cheer for other people. It’s all good until someone decides to start making money off it.

This is where the life-coach types come in.

Yeah, the life-coach types bug me like inspirational posters bug me. And lately they’re infiltrating twitter. It’s like a termite invasion, where first you see one, then two, then the walls are covered with them.

Clearly someone pointed out to the life-coach types that twitter is a great place to market themselves. They can post pithy 140-character inspirational sayings (along with a link to their site). They can RT each other and convince us we need them. There’s more of them, too, as people seek careers that will bring income without being dependent on a corporate structure.

What bugs me most – and obviously I have issues here – is that they use command language. Think about this! Be happy and productive! Where you or I might slap the gorgeous sunset pic on twitter and say “gorgeous sunset in Santa Fe last night” they’ll say, Look up more often! See what you are missing??

Oh yeah, I unfollow them. But then people I do follow retweet them, because they think it’s just a happy, positive thing.

It should be a happy, positive thing, but somehow it’s not. It smacks of intrusiveness to me. Of manipulation. At worst, of playing god in other people’s lives. Nobody else can “coach” us into following the path we need to follow. That’s part of the deal: we have to find it for ourselves.

The best we can do is give other people help when they ask for it.

And cheering. Lots of cheering.

My life now is about negotiations.

And still: I don’t regret it. Sometimes I think you have to be a bit mean, to fight for your own interests. Because there sure seem to be plenty of people out there who will take you for what they can if you let them.

We offered on Puerto Court, they countered, very high. We countered with a firm offer. If they won’t take it, then we’re offering on Glorieta, which is lovely and wonderful also. (If you don’t know what I’m talking about then you’ll have to skim the last few posts here, here and here.) Seems the people selling Puerto bought it just a year ago, lost the job and had to move. The house has been empty and on the market since December. The seller’s agent and even our agent feel bad for the sellers and seem to think we should make up more of the price difference.

I’m sorry the market slumped. EVERYBODY is sorry. We lost about $100K of value off our house and that’s a sorry thing. But it doesn’t hurt us so much because we still have a lot of equity in our house. Which was a house we could easily afford. I’m sorry that things went badly for this other couple, but I really don’t feel we should agree to a less than ideal financial decision for us, to make things up to them.

So, that’s where we stand. Hopefully the Puerto folks will be smart and take the offer. I really do feel it’s generous, given all we have to do to fix up the house.

A bit of my melodrama:

You must pay the rent!

I can’t pay the rent!

You MUST pay the rent!

I CAN’T pay the rent!

Where is my hero in dusty chaps and a silver Prius? Oh wait, I’m the bad guy!

For someone who has a bit of a rep as not being a “nice” person, I sure do get myself into binds because I’m trying to be nice.

Monday afternoon, I heard a crash outside. I looked out the window, which is right over my desk and saw a beige pick-up pulling away. The back of the truck was very near our parked car, but the car kept going so I didn’t think much of it.

Less than a minute later, the doorbell rings. A woman with a red geranium perched in one hand and a little dog circling manically at the end of a leash in the other says “Is that your green car out front? Someone just hit it! Backed into it and drove away! But I got the license plate. Mouthed to the driver: ‘I see your license plate.’ She kept going. Turned right on Grand.”

I should have run out when I heard the crash, I suppose.

As it was, I went to our neighbors across the street first. Ruth and Mike are in their 80s, very pleasant neighbors. From what I saw, the truck had backed out of their driveway and was likely driven by one of their many grandchildren who come to visit. Only Ruth was home. Given her dementia, the conversation was unproductive. She can make neighborly conversation, but has no idea who’s been there visiting or not.

I called the police. Gave them the plate number. They said they’d look for the vehicle. Called insurance. The whole deal. The damage almost certainly exceeds the value of the car. (No, no — it was the Buick, NOT the Jag!)

When Mike came home, David talked to him, told him what happened. Mike immediately phoned up the grandson, who came right over. They examined our car and his beige pick-up, then came over.

We had the conversation in our entrance hallway. The grandson says he thinks he would have felt it if he hit our car. He is twenty-something and earnest. Mike clearly believes him. Mike says how’s there’s no damage or green paint on the grandson’s truck. I refrain from pointing out that the kid has had three hours to clean it up. They also note that the paint left on our car is white. I don’t ask how beige scraped over dark green looks different than white.

What I do say is that right now the cops have the kid as a hit and run and he should go to the cop shop. I figure they’ll deal with it, match the paint, etc.

The cops call later, say the kid is playing dumb and they can’t do anything without my witness. Whose name I neglected to get. The insurance company is not so sanguine and is talking about having the claims agent check the kid’s truck while they check ours.

I’m torn. For us, there’s no fault. There is a $500 deductible. And it annoys me that the kid isn’t taking responsibilty, though I also believe that will catch up with him.

I keep seeing Mike’s face in our evening entranceway, the weariness on it. The need to believe his grandson wouldn’t lie. Mike and Ruth no longer make their annual trek to the sunny Southwest and instead have stuck out the last two long Laramie winters. Ruth is too far gone for it.

We’ve knocked on the neighbors’ doors, looking for the woman with the red geranium, who told me she was there visiting her dad on the corner. No luck. We’ll run a classified in the paper through Sunday, looking for her or her dad.