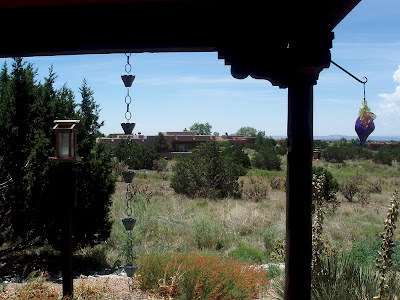 Our neighbors have two tween girls, who are on school break now.

Though our houses have a good distance between them, I can hear the girls play the radio on these hot summer days. I don’t mind it a bit. I think they must be sunbathing on their walled patio. From time to time, I hear their happy voices in counterpoint to the pop songs and boomingly enthusiastic DJs.

I remember that time, spent mostly at the neighborhood pool. We slathered on tanning oils and watched the older girls, relaying to each other the stories we’d heard of who those girls were tanning for. We had this pervasive sense of preparation. That if we groomed ourselves enough our lives would begin and all the excitement bubbling inside of us would have somewhere to go.

The days then lasted forever, though summer was always over before we knew it.

Some of that feeling returns to me, hearing the neighbor girls’ radio. I sit at my desk, reviewing comments on EPA’s proposed Geologic Sequestration Rule and time stretches out, becomes languid. Hot summer air pours in the window.

Happiness can be such a simple thing. 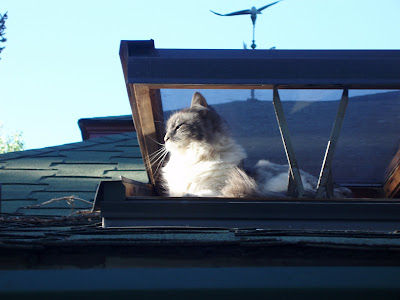 An old flame got in touch with me the other day.

I hadn’t seen or talked to him in over 20 years. And neither had anyone else that I asked. Contrary to my fears, he hadn’t self-destructed. He’d done AA, married, had some kids and fishes a lot.

“I’m the happiest person you know,” he said.

Well, you know me — I want to quibble that two Facebook messages after 20 years doesn’t really count as “knowing” someone. And his happiness is self-reported. I have no way of knowing if he is representing his life accurately or if those things truly make him happy.

But I’m happy for him.

Penelope Trunk posted the other day the culmination of her research on happy lives versus interesting ones. She even has a little quiz to rate your own life. I came out -1, which puts me as “suspiciously well balanced.” Or lacking a self-identity. I’ve never had self-identity issues, but I always come out on this stuff as well-balanced. I’m halfway between right-brain and left-brain, halfway between Type A and Type B. It’s why I call myself a fence-sitter — I’m always on the line in-between.

I could never say that I’m the happiest person you know. Though I am a very happy person. I also think I have an interesting life.

Yesterday, David went for his physical exam. This is a new primary care physician, since we moved here only six months ago. He picked her partly because she has a reputation for being friendly to natural medicine approaches. She, like many people involved in natural medicine and new age spirituality, is very much against alcohol consumption. She told David he should give up alcohol since he’s pre-hypertension (his blood pressure was 124/84 and she feels anything over 120 is too high). David says he enjoys our cocktail hour; enjoys having a drink with dinner and he’s unwilling to give that up. She asked if he needs to drink (don’t they always ask that?) and he said no, but he likes it. Then she said that, since David practices Tai Chi, he should understand that you don’t need alcohol and that you can lift your consciousness through Tai Chi and that’s what Tai Chi is all about. And David said, no, Tai Chi is about moderation. It’s about the middle path.

Sure, we knew plenty of people in our years of training in the Taoist arts who gave up alcohol. David gave up alcohol for two years. I gave it up for weeks and months, doing various purifying gigs. People also totally gave up things like refined sugar, meat, sex. Sometimes you have to give stuff up. Sometimes you’re allergic or addicted and it can’t be in your life because it becomes a poison.

But it’s interesting how people gravitate towards the idea that anything that gives you pleasure is somehow interfering with spiritual development. Is simply bad and wrong.

In the long term, though, it’s hard to say what will contribute most to your life. You might give up all the food and liquor that give you pleasure and live into an ascetic extended old age, but what have you really gained? And what if you get hit by a bus?

As I said, I’m a middle path kind of gal. I gravitate to the health choices that make immediate impacts. Eating right and exercising are not only good for my long-term health, but they make me feel good now. Those choices improve my quality of life. I love a good glass of wine and the occasional brownie, too. Those also contribute to my enjoyment of life.

The happiest people I know? They’re not the ones laboring to give up all bad influences, trying to live forever and become wiser than everyone else. And neither are they the most interesting people I know.

The happy and interesting people are the ones savoring every moment of their lives. Pursuing their passions and savoring the pleasures.

I raise a toast to that!

My friend, Laura – and old friend from high school recently rediscovered on Facebook – asked me to help her come up with a “headline” for her Match.com profile. It’s basically dating-twitter. 140 characters to advertise who she is and what she wants.

Of course I said yes. I love to find the right words to describe people. I asked her if she was looking for true love, sex and fun or babies and the white picket fence. I expected her to quibble with me, to equivocate over what she might want now versus later. But no.

So I ran with it and we came up with this:

I wondered if it would be too much. I’m clearly interested in the fairytale ending, be that what you really wished for or not, but I know a lot of people out there (read: men) have issues with the female ideas of happily ever after. Can’t say I blame them really. What reasonable man wants to get mixed up with a gal who thinks she’s a princess and it’s his job to rescue her and take her off into the sunset? The thing is, we don’t really think that. We’re big girls now.

That’s why the white horse is optional.

By the following day, though, Laura reported 229 page views on her profile, 35 contacts and one verified hottie who says he owns a white horse. She’s talking about holding out for the full luxury package after all.

Another friend of mine was devastatingly dumped by the guy she’d invested in. He told her he loved her one day and the next that he hadn’t loved her in a long time. He was surprised she didn’t know that. It took her a while to pull herself together and a while longer to date again. But she hasn’t found IT again. Now she’s spending time with a guy she’s been, by her own description, “dating by default.” When I ask her about it, she sounds like she’s not convinced she can do better than that.

I want them both to have the happily ever after. I’m a believer in true love. I never expected to have it and here I’m nearly twenty years with a man who’s a better companion to my life than I ever thought possible. He’s added a richness and intimacy to my life that my girlish fairytale endings didn’t know to include. I like that he tells me he’s become a better critical thinker from being around me. I especially like that he’s someone interested in becoming a better critical thinker. He’s a prince among men.

Romance stories are often criticized for ending at the moment of the Happily Ever After, be it the wedding, or the exchange of vows of eternal love or what have you. The thing is, if you do it right, once you ride off into to the sunset, you get to live there.

And that makes so many other things worthwhile.