Coming Soon! THE LONG NIGHT OF THE RADIANT STAR.

This is a novella in the Heirs of Magic series and occurs after THE STORM PRINCESS AND THE RAVEN KING. It’s Jak and Stella’s wedding on the longest night, the Feast of Moranu. I think I’ll release it on Monday, November 21, 2022. No preorder this time. I’ll post when it goes live!!

At long last, Jakral Konyngrr—lowly sailor, gambler, and sometime rogue—has won the heart and hand of Princess Stella of Avonlidgh. Never mind that Stella’s mother is determined to make their wedding the event of the century, he’s happy to endure any trial to marry the love of his life and his guiding star. Very soon they can sail away together into the rest of their lives. Unfortunately the wedding becomes delayed for several months, until midwinter.
Stella—sorceress, empath, and bearer of the mark of the Tala—has been through great trials. But nothing has tested her as sorely as her passionate and flamboyant mother planning their wedding. Even Jak’s steady love and companionship isn’t enough as Stella finds herself crumbling under the pressure of being snowbound in a castle with the press of so many minds and emotions. When she lashes out, she hits the worst possible target, jeopardizing her chances for happiness.
With several kingdoms and a former enemy empire bearing down on them, Jak and Stella’s wedding on the longest night of year might not happen at all… Unless they can create their own happy ever after.

This week at the SFF Seven, we’re talking about Telling vs. Showing, particularly we’re examining when some narrative exposition is needed.

It’s an interesting question, and one very much focused on genre fiction. Many of you know I began my writing career in creative nonfiction. For many years I wrote and sold essays. My first book was an essay collection. At no point in that time – in classes, in critique groups, in discussions with editors – did anyone bring up Telling vs. Showing. It was only after I began writing fantasy romance (etc.) that the concept was introduced to me. I had to learn not to use the narrative exposition that had worked so well for my creative nonfiction voice, but to “show” instead.

Why is this a thing?

The oft-cited example is attributed to Anton Chekhov: “Don’t tell me the moon is shining; show me the glint of light on broken glass.” It turns out this exact quote is probably apocryphal. A passage from the article I linked to says:

In May, 1886, Chekhov wrote to his brother Alexander, who had literary ambitions: “In descriptions of Nature one must seize on small details, grouping them so that when the reader closes his eyes he gets a picture. For instance, you’ll have a moonlit night if you write that on the mill dam a piece of glass from a broken bottle glittered like a bright little star, and that the black shadow of a dog or a wolf rolled past like a ball.”

It’s salient to note that he’s talking about description here. When my genre-fiction editors and critique partners introduced the concept to me, they framed it as a way to deepen the point of view (POV). In genre fiction, in particular, readers love to be immersed in the characters and world, thus the incentive to deepen POV.

I worked diligently to learn to show, not tell.

Fast-forward to my current agent, the insightful and incisive Sarah Younger at Nancy Yost Literary Agency. One day, after reading one of my manuscripts we planned to take on submission to traditional publishing, she said, “Jeffe, I know you work really hard to show, not tell, but sometimes we just need a line or two telling us what the heck is going on.”

And she was right. I was so busy describing the glint of light on broken glass that I was failing to explain that this world had three moons.

In the end, as with all things, it comes down to balance. We need both in order to tell effective stories: immersive description and deep POV, along with some clear narrative exposition to ground the reader in the world.

I’m getting better at it! My editor at Kensington, Peter Senftleben, asked me to draw a map of my world in the Twelve Kingdoms trilogy. This is what I plan to mail him tomorrow. In a poster tube, because it’s big! Though I hadn’t drawn anything in a really long time (20 years? More?), I enjoyed doing this more than I thought I would.

However, I also plan to tell him that, if they want to have a real illustrator redo it, my feelings won’t be at all hurt.

So, this week’s topic in the Word Whores bordello is – *rummages around in the purple pimp hat we store topics in* – Basing Characters on real-life people: the dangers and advantages. Hie on over yonder, to read more. 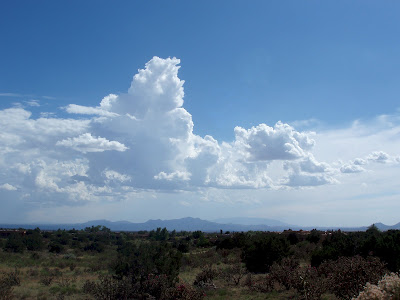 I couldn’t decide today between earth and sky, so you get both. Shades of blue. 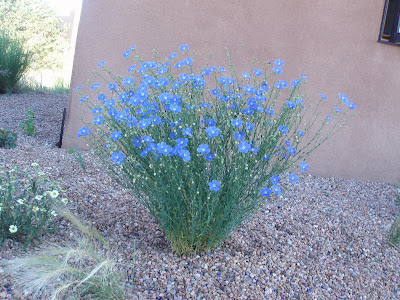 If I haven’t mentioned, writing fiction is really fun.

(Well, except when it’s miserable, but that’s a whole other set of issues.)

Really I mean that writing fiction is fun compared to nonfiction. I started out as an essayist because that kind of voice came naturally to me. And there’s satisfaction in telling those kinds of stories. True stories about life and people, the things we experience. Once this new novel is complete, I might spend a little time writing or revising some essays, just to get my hand in again.

Then again, I might not. Because writing fiction is really run.

It’s fun like reading is fun. You know that feeling you get, when you’re reading a book you love, and your mind is sunk in that story, that world, that voice? I get that writing fiction. When its going right, my mind returns to the story and the characters over and over through the day and I would absolutely stay up all night to finish reading it.

If only I’d finished writing it, that is.

It’s an odd sensation, because that aspect of writing feels more like self-love, like navel-gazing, than any other. Like I’m so in love with the sound of my own voice that I want to listen to it all the time. Perhaps this is why so many writers like to ascribe their inspiration to muses or other outside storytellers.

“It’s not me, I just write down the story as it comes to me.”

Loving Calliope or Erato feels more wholesome than loving the sound of one’s own voice. Besides, as we all know, that way leads to insanity for writers. Ego is the eternal danger.

Amusingly, the last time I used the “insanity” label on this blog, I accidentally typed my heroine’s name when I logged in that morning, instead of my password. Which is exactly what I did today.

At least I’m consistent in the way my thoughts run?