Our topic at the SFF Seven this week is three books from our childhood that we still remember fondly and why. This is funny, because I recently brought up the above book – THE ABANDONED by Paul Gallico – as a book I’ve never forgotten, and that I think I might be the only kid on the planet who read it. (Although the Goodreads listing argues otherwise!) Come on over to find out more. 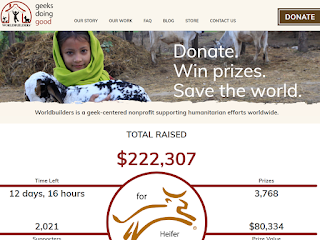 In other news, I’m participating in Patrick Rothfuss’s Worldbuilders fundraiser. You can bid to win a critique from me or a Tuckerization in my new series! But there’s only 9 hours left in the auctions as of this posting, so hasten thee over!