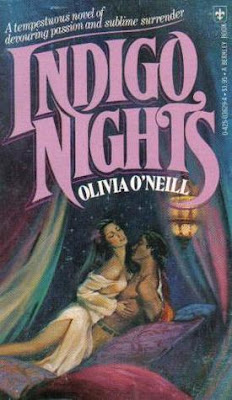 I’m at Word-Whores today, talking about reading my first romance novel – and keeping it hidden.

So. The news from the agent isn’t good.

It’s sad. Not so terrible. But heartfelt and sad.

Well, this is an unpleasant letter to write. I really do feel that OBSIDIAN is hugely improved with your revisions. You’ve done an enormous amount of work, and I felt that, especially with the ending, the changes were dramatically clear. However, I still have significant reservations about the manuscript, and I honestly don’t know if they can be addressed in yet another edit. Some of this just has to do with your natural way of telling a story, the way that it feels right for you to be telling it. The prose problems that I had in the draft of last spring have persisted. It’s your writing style, and though I know you worked hard on nailing down the nuanced edits I had suggested, you ultimately need to be the writer that you ARE. And who am I to change that in you? Unfortunately, agents tend to have that effect and it’s not always a good thing, certainly isn’t a fair thing. The fact is that we’re just not connecting as reader and writer, you and I, and it’s not something you can change any further from here, I think. Objectively, I can tell you that the manuscript is 200% better now with your revisions– you haven’t wasted time, and I think you can agree with me there. Do you feel that it’s greatly improved? I do believe that. But I’m sorry, I don’t feel confident enough to offer you representation. I don’t personally connect to it enough to think I could sell it effectively. I need that deep passion before I take something on. I do hope that you find it in another agent, and I hope that if and when our paths cross in the future, I will be able to congratulate you on landing a terrific agent
elsewhere.

Yeah, I wept a few tears. And I think I’m over it. She’s right: I believe the book is MUCH better and that I likely can’t change my prose style, even if I wanted to.

So, Allison is all about me switching to the sci fi/fantasy agents instead of the romancey ones. The great irony will be that she’s signed (pretty much) with a quintessential paranormal romance agent and she doesn’t really read romance. She digs that my book is full-on fantasy (with big dollops of sex). At least she says so, because she’s sweet to me. 😉

I threw Pearl on here, in tribute to that side of me. That I was the sci fi/fantasy girl from way back. The girl who read Dragonflight long before she read Indigo Nights.

Can I help it that I long for Indigo Dragon Nights?

Pearl, for those who don’t know (which is a lot of people) is my first pubbed speculative fiction story. From Aeon Magazine, Spring 2008. I loved the image they came up with for the story. I like her wistfulness, the hope for something more than her world currently holds. It’s very her.

December 1. Never a lucky day for me, the first of the month. Or rather, it’s a day of change.