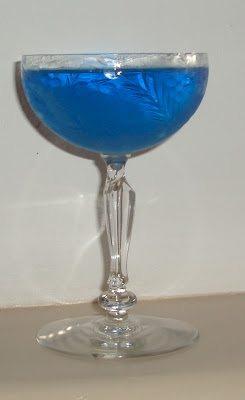 I’m over at Word Whores today, making my contribution to our Guide to Liquor. 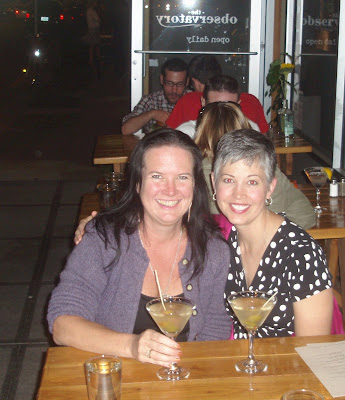 We had dinner in Portaland last night with @quickmissive (Kristina in real life) and her darling husband.

And, yes, it was her first dirty martini. There’s a few of us on Twitter who get into martini riffs. @linda_grimes and I are the main martini-rhapsodizers. Yes, we sometimes tweet pics of our martinis. After all, everyone knows Twitter is just about talking about what you’re eating and drinking at every given moment. @tawnafenske and http://uppington.wordpress.com/ chime in, too, though they’re mainly about the wine.

Remember how I posted recently about writers and high-functioning alcoholics?

At any rate, at some point it came out that Kristina had never had a martini. Something everyone agreed must be corrected as soon as possible. Since I was the next to be in her neighborhood, I took one for the team and introduced her to the secret society.

She didn’t love it, which means I was forced to finish hers. Alas.

(Amusingly, she referred to it as a Dirt Martini on Twitter just now, which could be an error, but might more reflect how she felt about it.)

We had a great evening, with fun conversation, both writerly and not. The men enjoyed it, too. All of this is by way of saying that it amazes me how Twitter connects people. Somehow, although all we ever discuss is what we’re eating and drinking, according to the critics, we manage to find like personalities. We find new friends. Meeting Twitter friends in person demonstrates how well you really can get to know someone 140 characters at a time. We made a lot of jokes about Internet dangers and all the fears of meeting crazy people.

What a terrific thing that there are also so many wonderful people to meet. 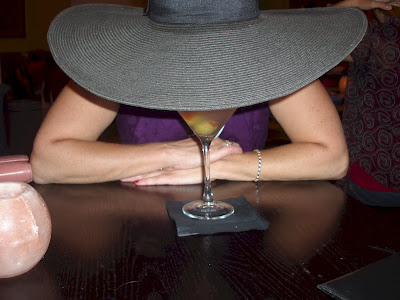