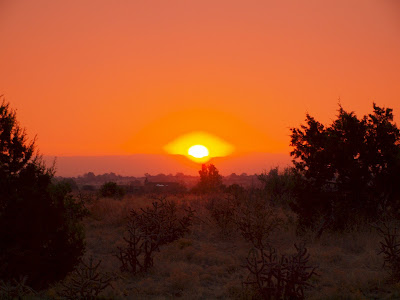 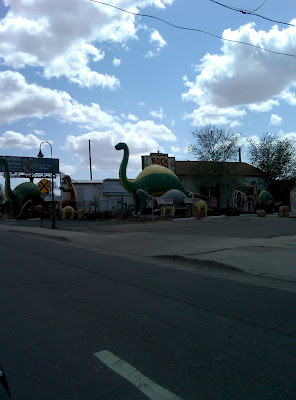 We went on a road trip on Sunday.

Headed for parts unknown, but desertish.

One has to be careful with those unknown desertish parts, because here there be dinosaurs. 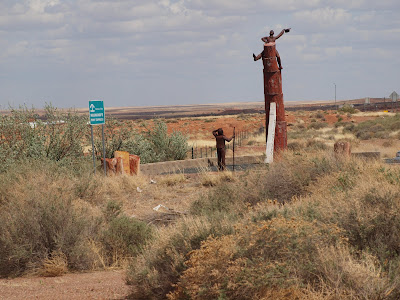 And something that I first thought to be the Easter Bunny, influenced perhaps by the Easter Sunday stuff all over the car radio. On second thought…. no, I’m not really sure what it is. 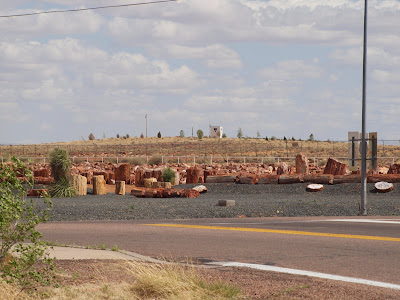 But you can buy a lot of petrified wood. Just in case you wanted to. 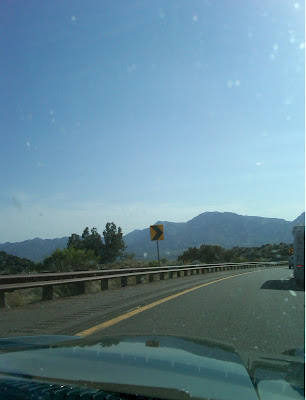 We escaped the dinosaurs, weird monuments and petrified wood lots and dropped down out of the mountains. 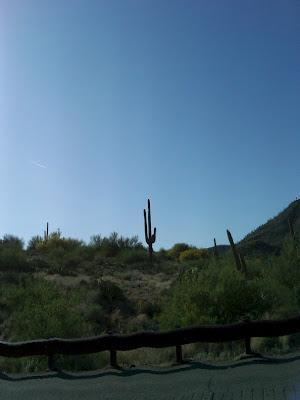 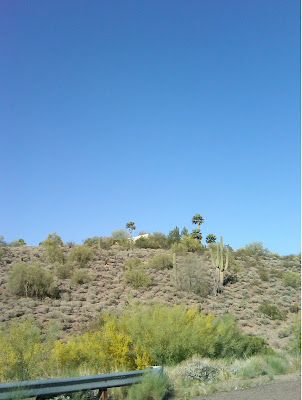 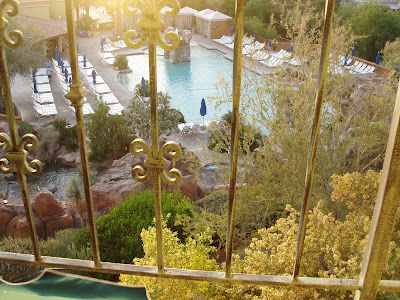 The view from our balcony. Yes, it’s a gorgeous warm evening. Lovely.