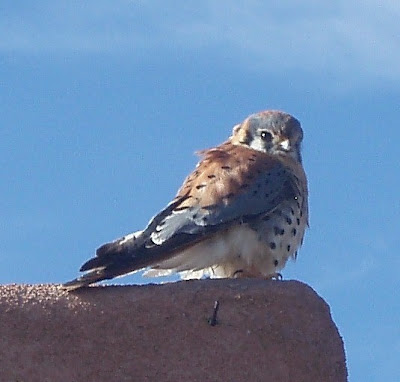 I may have made a mistake.

I know, I know — we can crack all the jokes we like about writing it on the calendar, etc. But I’m begining to think I really miscalculated, becoming involved in this whole genre thing.

When I first began writing, and I really trace this back to grad school, since I don’t believe childhood stories and adolescent angsty poetry really count, my work came out as essays. To get some relief from what had become the crushing pressure of my PhD in Neurophysiology program, I began taking classes with the visiting writers program.

And, oh, the excitement of those days.

I loved meeting the visiting writers, and the other students. I loved the workshops, the stimulation of it all. And they supported me in very useful ways. I learned to explore my new art. An artist’s retreat accepted me to stay for two weeks, I received fellowships and other awards.

And I was rewarded early on with publishing success.

I wouldn’t say the magazines fell over themselves to publish me, but it was fairly steady, from Redbook to Literary Mags, I published in several a year until, eight years after my first class, I held my essay collection, published by a university press, in my hands.

There were a lot of reasons. Mainly I couldn’t quite get the two nonfiction projects I was working on to gel. So I wrote a novel, Obsidian, about sex and magic. I thought, oh, I’ll sell this and the genre work will bring in the money so I can focus on the nonfiction projects.

Yeah, it didn’t work out that way. Even though one of the editors at a sci fi magazine I’d published with said that an agent would snap up a writer like me, no one has. One agent early on wrote me a letter saying how disappointed he was, because he’d loved my idea but then I’d gone and written it like some kind of literary book.

A few months later, I went to the RWA National conference, where my name tag identified me as unpublished. Because Romance Writers of America considers you published only if it’s in the genre. A month before, I’d been a featured writer on a panel at a book festival. At one lunch, I sat next to a woman I didn’t know. In fact, I did at every meal since I knew no one. I don’t remember her name — she was another unpubbed wannabe like me. At the end of the meal, she said she looked forward to reading my book. Foolishly, I pulled my essay collection out of my bag, saying I had some with me. She looked at me like I’d offered her dog shit and said, no, she meant my romance novel, whenever I got it published.

I sent my first query on Obsidian 12/20/07. Just over two years ago, for those keeping score at home. Admittedly, it wasn’t really ready for prime time then. Hindsight is 20/20. Meanwhile, a gal I know wrote a book while snowed in during December 2008, that she just sold in a three-book deal.

Jayne Ann Krentz wrote an interesting post on the FFP blog recently. She speaks frankly about writing as a business, which she’s clearly better at than I am. She says this:

DON’T GET TOO FAR AHEAD OF THE CURVE: Trust me on this. I’ve been there and done that and it rarely goes well. Back at the beginning of my career I tried to do a futuristic/paranormal. That very first manuscript had all of the elements that I now work with freely: romance, suspense and a psychic twist. I can’t tell you how many rejection slips the manuscript garnered. They all had the same theme: “Really enjoyed the writing but unfortunately there’s no market for this kind of romance.”

She could be talking about me. For some reason, no matter what I’m doing, I never quite fit neatly into what everyone else is doing. I didn’t in high school, I didn’t in my PhD program. I don’t now.

I really don’t think I’m doing it on purpose.

At any rate, I’m back where I was three years ago when I started writing Obsidian. Unable to sell my current project, I think I’m going back to nonfiction. I actually know where to take one of the two I was working on then.

I have learned one thing, that querying and selling have to be background activities. You can make yourself crazy if they’re your main focus.

It might be precious to say, but it forever and always must be mainly about the writing.

2 Replies to “Forever Stuck on the Road Less Traveled”