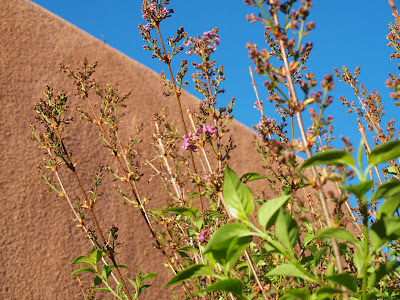 The lilacs are just now starting to pop. The air is warm and still. Spring at last!

This morning at the gym, the 7am Zumba class was well under way when we left. Lots of people show up for this class – easily thirty every day. Possibly more. We walk past the windows and they’re in there, dancing and smiling. It’s clearly an exercise people love to do. Always a good thing, I think.

I used to teach a Tai Chi class at the Senior Center. People loved that class, too. At least, at first.
They glowed and smiled, learning the movements, practicing the graceful form. Then my teacher, the head of my school, would come visit and tell them Tai Chi wasn’t good for older people. That studies have shown that *anything* that gets a person up and moving around improved their health. Tai Chi Ch’uan didn’t have anything special, he’d tell them, unless they did it right. According to him, they could never do it “right” because it’s a martial form and unless they learned it for combat, it wasn’t real.

If you read martial arts magazines (which I don’t recommend in the least), you’ll see a lot of this kind of attitude.

As you can imagine, many of the seniors would not return after these lectures. My teacher said that was good, weeding out the weak. He took pride in his school, his students and himself by elevating us in comparison to everyone else. Himself most of all.

The last couple of days, people have been abuzz about Jennifer Egan winning the Pulitzer Prize for fiction. Lovely to see a woman writer win such an honor. However, the excitement quickly turned sour following this interview in the Wall Street Journal, where she said:

My focus is less on the need for women to trumpet their own achievements than to shoot high and achieve a lot. What I want to see is young, ambitious writers. And there are tons of them. Look at “The Tiger’s Wife.” There was that scandal with the Harvard student who was found to have plagiarized. But she had plagiarized very derivative, banal stuff. This is your big first move? These are your models?

As one of Egan’s erstwhile fans, Jamie Beckman points out:

When she says “the Harvard student,” she’s referring to Kaavya Viswanathan, a very young novelist whose first young-adult work of fiction, How Opal Mehta Got Kissed, Got Wild, and Got a Life, plagiarized veteran chick lit authors Sophie Kinsella, Meg Cabot, and Megan McCafferty. The book was pulled from the shelves by publisher Little Brown and Company, and Viswanathan’s contract for a second book was canceled. It was ugly.

The remarkable part of Egan’s exhortation – the thing that has the literary community beyond dismayed – is that Egan seemed more bothered that the young woman chose “banal and derivative stuff” to plagiarize.

This attitude is far from new. There has always been, and perhaps always will be, a contingent of writers who seek to elevate their work from the banal and derivative stuff – however they might decide what that is. Usually it’s by dismissing entire genres, completely disregarding that there’s good quality and poor quality in everything. Usually the person doing the dismissing has never sullied themselves by reading any of that “stuff.”

I suppose this is part of our society, that we seek to validate our own choices by dissing others. Zumba isn’t *real* exercise. The way I do Tai Chi is better than yours – I don’t care if you enjoy it. My books are far more elevated than yours.

I hope Jennifer Egan enjoys this tremendous honor. She just disappointed an awful lot of readers.

10 Replies to “Standing on the Shoulders of the Little People”