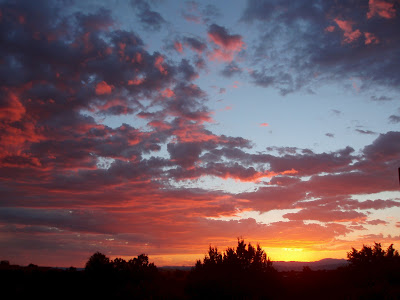 I got to talking with my writing buddy, Laura Bickle, last night. She’s gearing up for the release of Rogue Oracle, the second in her forensic Tarot series that she writes as Alayna Williams.

Dealing with the selling end of stuff is not so fun. Especially for those of us who were never really inclined to be marketers in the first place. Those occasional writers who also love to find more and better ways to get their books out there are blessed with a lucky combination of talents. However, most of the time, the personality and skill combination that makes us good at sitting by ourselves, dreaming up stories is not ideal for the high-octane racetrack of American supply and demand.

As we discussed her plans, I made an offhand comment about at least keeping the writing time sacred. The word struck her, because she’d never thought of it that way before.

I tend to think more in terms of the sacred, perhaps because I was a religious studies major in college. The commonalities among religions across the world fascinated me and I searched out those those themes. The sacred is that which is consecrated, from the Latin sacrāre, to devote. It simply means “reverently dedicated to some person, purpose, or object.” Other definitions carry ideas about deities or the divine or the holy. But in its purest sense, the sacred is about devotion.

Not many of us starting writing for the money. We write first and foremost out of love. Love of the stories we’ve read, longing to tell stories of our own. If the writing itself isn’t kept sacred, it can get eroded by the clamor and tumult of the world.

It’s not easy, to keep the writing sacred.

It requires sacrifice, a word that comes from the same beginnings as sacred. We all know there’s no such thing as something for nothing. Sometimes keeping the writing space sacred means giving up a pleasure, like computer games. Or relinquishing the idea that we can be everything to everyone. Sacrifice is painful, by definition.

Sometimes I think of it as, to create the sacred space, I have to destroy what’s occupying that space. It might be something I really enjoy. An overriding idea through many spiritual practices is that greater sacrifices yield greater returns.

That’s what creates the sacred.

9 Replies to “Writing as Sacred Space”