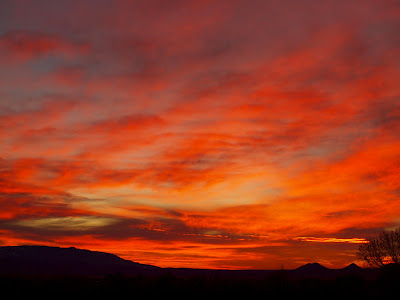 On yesterday’s post about making writing sacred, Marcella commented that she was working on this and that she thought ritual and repetition were key.

If we’re going to continue to use religious practice as a model, that is absolutely the method used worldwide to create sacred space. I think it’s useful to look to religious and spiritual practices because, regardless of your personal beliefs, they are the ways people approach raising themselves up, trying to be the best they can be.

Almost all spiritual pursuits rely heavily on ritual and repetition. Muslims pray five times a day, facing Mecca. Hasidic Jews have prayers for every moment of the day and less conservative branches of Judaism still use repetition, such as the Kaddish, the prayer for the dead, or simply observing Sabbath every Friday evening. Catholic Mass has followed the same ritual for over a thousand years. Protestants attend services at the same time every week, following the same pattern. Buddhists meditate in certain ways at certain times. Even the less structured practices like Taoism incorporate repetition with arts like Tai Chi.

What ritual and repetition do is set the stage for what we’d like to have occur. Both spirituality and creativity come from a part of us that must be coaxed out and given a safe place to bloom. Whether you think of this as shutting down the left brain so the right brain can be heard, or quieting the conscious mind so the subconscious can operate, really doesn’t matter. What you’re doing is creating the practice, so the rest will follow.

Interestingly, the Hasidic Jews hold that it’s not necessary to believe. The Hasidics say you must practice. If you practice, belief will eventually follow, because practice creates faith.

What does this mean for the writer?

That’s right: write every day. Write at the same time every day, if you can. Set your rituals and follow them, ahem, religiously.

Maybe you’re more Hasidic and take your many times a day to write, just a bit. Or more like a Muslim, with carefully orchestrated sessions throughout the day. Maybe you’re more Catholic, like me, and observe the practice in one long session every morning.

Regardless, if you want to create a sacred space for writing, this is the way to do it.

Believe me, I know how hard this is. I know most of our lives do not accommodate any kind of daily ritual, especially one that requires peace and silencing of all the tumult.

That’s where the sacrifice comes in. KAK said yesterday that she pictures me like a Valkyrie, destroying anything that threatens the sacred space. It’s a good analogy because I am that fierce about it. I think we have to be. If we aren’t, before you know it, the temple is full of merchants and money-lenders and there’s no room for anything else.

I always liked the line from Jesus Christ Superstar: “A temple should be a house of prayer, but you have made it a den of thieves.”

If there are thieves in your temple, then yes, kick them all out.

Find your ritual and repeat as necessary.

7 Replies to “Ritual and Repetition”