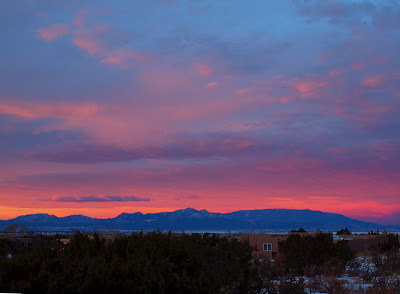 This morning, as I ran on the treadmill, I saw a woman step out of the Spin class in the shop next door. She’d bundled into her parka, had her hat and gloves tucked under her arm and held her smartphone in the other. Reading some message on the phone, she smiled, pleasure suffusing her face.

I like that about seeing people texting and tweeting and messaging on their various handheld devices. It’s kind of replaced the old pastime of watching people greet each other at the airport, the hugs, squeals and laughter. People’s faces respond to the messages, making the same expressions they’d use in a face-to-face conversation. They grin. Sometimes they laugh out loud.

It’s not always the frowning and blankness detractors like to cite.

Marcella taught an online class recently on using acting devices in writing. She asked me to read over a description of a “left turn” that she wanted to use as an example. Here’s her lesson:

You’ve gone out for the evening, you and your spouse. It’s the first nice dinner you’ve had since the birth of your child. Dinner was relaxing. You actually got to have a glass of wine. You engaged in adult conversation. It was lovely. When you get home, the babysitter greets you at the door with a smile saying everything went fine. The baby is asleep. Looked in not ten minutes ago. You pay the sitter and she hops in her car for the short drive home. You sigh, content, as you and your spouse make your way upstairs to look in on the baby before getting ready for bed. Except, the nursery is still. Silent. Your heart stutters. You reach down to touch the infant. Cold. No breath. No life.

How do you react?

This was an acting scene set up. It isn’t real. Not here. Not today. Shake off any residual emotion, then come back with your response. When I asked, “how do you react?” What was your first, gut response? To scream? That impulse is the most common response to this exercise. It’s expected, which means it’s also a little trite as far as emotional reactions go. This is the point at which a director yells, “Take a left!” meaning, don’t go for the easy reaction. Do something fresh.

We’re not? here to talk about how to find the unexpected actions and emotions in scenes, but actions and emotions that ring true on a gut level for you and for your reader. In the scene set-up above, the actress playing the part turned to the man behind her, all the breath rushing audibly from her lungs, and began pounding her fists against his chest as he stood staring at the crib.

I’m Marcella Burnard. I write science fiction romance for Berkley Sensation. I also spent three years in the acting conservatory at Cornish College of the Arts, which resulted in a BFA in acting. It was there that one of our teachers gave us this scene as a way to introduce text analysis so that we could break down a scene, moment by moment, identify what the people in the scene want (their objectives) and then decide how each person goes about getting what they want (their tactics).

This idea stuck with me, that it can be fruitful for characters to behave in an unexpected way, to take a left turn instead of a right. (A recurring conversation during Christmas was that UPS and Fed Ex drivers are instructed to use only right turns, never left – urban myth or no?) I loved this example of a left turn – a simple thing that instantly enriches the characters and deepens the story.

It’s easy to write about people frowning at their Blackberries, to describe the unsettlingly blank expressions of teens absorbed with the iPhones. Seeing that woman’s smile this morning gave me ideas for ways to show all kinds of character from the one-sided silent conversations people have all around us.

Also? We followed a Fed Ex truck and it totally turned left. It’s all around us.