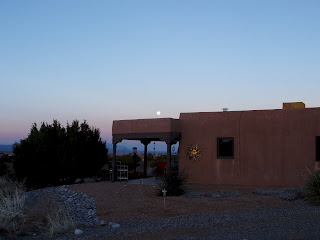 I’ve been kind of mad at the Chinese lately.

I know this isn’t a reasonable thing to say. I also I’m not alone in my sentiment.

China, their products and philosophy about them have become a huge part of our lives. Individual, corporate or government decisions to add poisonous supplements have affected even our beloved pets. A lot of this comes down to the Chinese having a very different perspective on the world. Many of their values are simply not the same. I know this.

There’s a Chinese philosophy called Hei-Ho. It’s a martial strategy, really. Basically the idea is that however you can win is fair to do. Whatever gives you and edge over your opponent is good. Ethics don’t apply. I think this kind of idea underlies a lot of Chinese choices we don’t understand, like adding poisonous melamine to spike the apparent protein content in a food. If it sells the food, then good, and too bad for the person you’ve tricked.

Then, yesterday, I read this article, which made me want to get on a plane and go feed a few zoo managers to the tigers. Basically a mass grave of 40 rare and endangered animals was found at a Chinese zoo. Financially strapped, the managers decided to feed the big cats bean cakes instead of the more expensive meat. It sounds absurd, but I know how they were thinking. I worked with a bunch of Chinese grad students for a while, and one asked David to look at her fish, because it seemed sick. He took one look and said it was malnourished. She said that couldn’t be, she fed it everyday. When he asked what, she said noodles. Good noodles like she makes for her family. David explained that the fish needed protein. She argued. If noodles were good enough for her family, they were good enough for her fish. This gal was a PhD student in Engineering.

If people can live on bean cakes, so can tigers. Meat is a luxury.

So I was angry about this yesterday. Grieving for the beautiful animals so dependent on people who are foolish at best and cruel at worst. 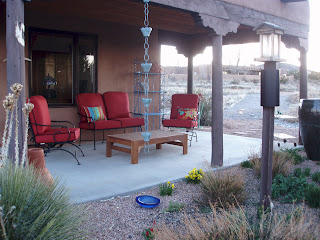 In the late afternoon I set up my new patio furniture. Which is, of course, made in China.

It came in boxes, in pieces, for me to assemble. Each piece was wrapped, first in careful origami-like folded paper, then in bubble wrap, then taped into cardboard pieces to protect it. Two pieces were joined together with a tie for stability, but the knot was set up so I only had to pull one end and it slipped apart with simple elegance.

I started thinking about the person who tied that knot for me. Who took such meticulous pride in wrapping the paper around the metal arms, so they wouldn’t be scratched. I’m thinking it was probably one of those country folks we read about. The ones who go work in the city and see their families maybe once a year, if there’s a spot on a crowded train. People like the employees at the zoo who told reporters still more animals are close to death, but who have no choice but to feed them what they’re told to.

We went to Scotland a few years ago, at the height of worldwide anti-American sentiment. We were nervous that people would say mean things to us. But no one did. People did ask us about American politics, but they always put it in terms of what our government was doing. It’s possible the Scots understand better than most that the government isn’t the people, but we were grateful that they took for granted that what Bush & Cheney said didn’t necessarily reflect how we saw the world.

I suppose that’s why it’s ridiculous for me to be mad at the Chinese. Being part of the world means connecting person by person, not in great swaths of judgment.

Thank you, unknown Chinese person – I really like my new patio furniture.

2 Replies to “Moon over China”