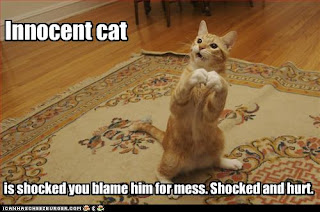 I had this teacher in high school who had a mean temper. He taught math and the newly introduced computer science. We learned DOS programming and how to create graphics by designating pixel ranges on Apple computers.

You now know exactly how old I am.

He would become aggravated with us. Especially if a student questioned his authoritae. His anger would be palpable as he reacted, but he would assure us he wasn’t angry. “See?” he would say, “I’m smiling!” as he bared his teeth to us in a rictus of a grin.

Looking back, I suspect he’d had some sort of anger-management training where they counseled him to smile through the rage. It came out creepy, however, and many cartoons were circulated of him with a lizard head and that awful smile.

A book blogger I like brought up an interesting discussion yesterday, about an author who has been exhorting her fan base to buy her new release in a particular way at a particular time, so that she can hit the bestseller lists. What people have been responding to is less that she’s asking this of her readers, than the tone she’s using. One example from Twitter:

“One more time people: now..cough..FRAKKING LISTEN. I’ve said it 1000 times in the past 2 wks, ONLINE sales DON’T COUNT. Don’t help me at all”

The comments on the blog are interesting to read, as various authors are chiming in with their takes — many of them saying they’re happy for any and all sales and readers. The author in question has a number of champions coming to her defense accusing people of misinterpreting the woman’s intent because body language can’t be read through the internet and that she’s a really sweet, funny person and people are just being mean to her.

There’s lots said about how the internet, whether it be emails, Facebook posts, Twitter, lead to miscommunication. (Amusingly, Blogger doesn’t think that’s a word.) I think that can certainly occur, especially with Twitter, where the responses can be staggered and so what appears to be an answer to one thing was actually to an older tweet.

But I think that often the communication is very clear. Perhaps more clear than people would like. Sometimes the intent is laid more baldly without the in-person wink-wink, nudge-nudge. A friendly smile might diffuse the exhortation that you must “FRAKKING LISTEN!” But does it change the intent?

A friend of mine is a big believer in “truth in jest.” That people often cloak honest responses as sarcasm or jokes. The “oh, ha, ha, you’re such a wench about doing dishes – just kidding.” I suspect that we all become reliant upon using personal charm to smooth over awkward social situations. An opportunity the internet doesn’t really provide.

A person might later cry “out of context!” or “I meant to be funny and was misread!”

The thing about the internet and social media is that they really do expose you to your audience. Warts and all. It’s about connecting with other people, which means it can be really difficult to control what they see in you. It might be that people see who we are more clearly than we’d like through our random little posts.

Baring our teeth and assuring people that it’s a smile won’t always work.