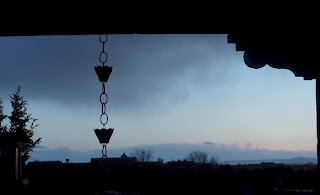 Quite the thunderstorm rolled through here yesterday.

After quiet snowfall since December, the fury of the storm startled us. Lighting whipped out booming thunder. Rain and hail pounded on the roof and skylights with equal fury. In the way of Spring, the squalls passed through, ominous dark giving way to sunshine, until the next row of boomers passed over.

Yesterday a well-known, and generally regarded as successful, literary agent was tweeting that she needs a second job. She said that people don’t understand how literary agents do and don’t make money because the association rules forbid that transparency. But she asserted that agents in their first five years don’t make any money.

But I do know she works for a large literary firm that theoretically should pay her some kind of salary or wage. I suspect they also work for commission and that, over time, those commissions are where agents really start bringing in the bigger dollars. I suppose it’s possible that her agency doesn’t pay her a living wage. New York City is certainly massively expensive to live in, so a “living wage” means something totally different there.

The thing is, when people start talking about how much money they need to live, that could mean anything at all.

I follow this one blog from time to time, called Debt Kid. It used to be all about the one guy, who tanked himself financially doing day-trading and how he turned his life around and climbed out of truly enormous debt ($300K+).

(As a total aside, I don’t like the blog nearly as much now. He brought in other people to blog about their out-of-debt journeys. I don’t “like” all of them. Their voices and stories don’t speak to me. I only bring this up because I notice this with group blogs — I don’t really like it when the blog I visit isn’t the person I like to “hear.” Something to keep in mind, anyway.)

At any rate, sometimes there’s still interesting stuff and he recently posted about how where you live affects your spending habits more than anything else. Not the city, but the neighborhood. There was an article out at about the same time on tax breaks and discussing how people making upwards of $500K/year can complain that they can’t possibly afford to take a greater tax hit. Those people truly believe that. Of course, their expenses are high. And if all of their neighbors are making $1 million/year, then they are the poor folk of the neighborhood.

It’s an interesting thing to me: how much money is enough. The Tony Robbins money-making movement is based on the idea that if you’re not making more money this year than last year, then you are essentially dying. In that view of the world, a person either grows or dies. And once the trajectory moves downward, it’s very difficult to reverse, if not impossible. A personal and financial death spiral.

Which is just absurd.

Fight Club (Chuck Palahniuk) was a good book and a good movie partly because it addressed the idea of stuff owning you, rather than the other way around. It also showed that you can always walk away from it. People only have to have what they think they have to have.

Seasons are cyclical. The winter gives way to the tumult of Spring. Storms hit and move on, leaving gentle sunshine behind. I don’t have to make more money than I did last year. Whatever I have will be enough.

5 Replies to “Death and Taxes”