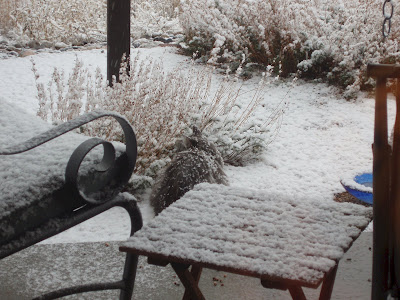 I think it was Alexandra Sokoloff who said in a writing workshop “if you’re not writing down your dreams, you’re working way too hard.”

If someone knows this to be true or untrue, please let me know. That she’s the one who said it, not whether writing down your dreams saves work. Or, actually, you can tell me that, too. At any rate, it seems I heard this third- or fourth-hand, but I liked it, so it stuck.

Many of my dreams have been written down, in various fragments, waiting to be stories. Obsidian started from a dream. From a series of dreams, really. I had another good one the other night and wrote several pages about it. Could be fun to see where it goes.

I have disturbing dreams from time to time, also. Rarely full-fledged nightmares, but things that prey on me.

I dreamed one the other night. That David’s mother told me I was a bad influence. She asked me to leave their house in the middle of the night. I was heartbroken, but I wasn’t surprised. I knew how she felt already.

Isabel goes outside, despite the snow.

She loves to crouch behind the plants and watch the quail feed. Once they collect, she springs into their feathery cluster, sending shooting stars of birds in all directions. It’s her favorite thing to do, even though she never catches any.

Frankly, I think she doesn’t try very hard. They’re big birds, after all. She just loves the game. Snow collecting on her fur isn’t enough to ruin her fun.

When she gets cold and damp enough, she comes back in and curls up near where I’m working to snooze. If I get up, she takes possession of my desk chair, the best place to be.

And when she sleeps, she dreams of catching quail.