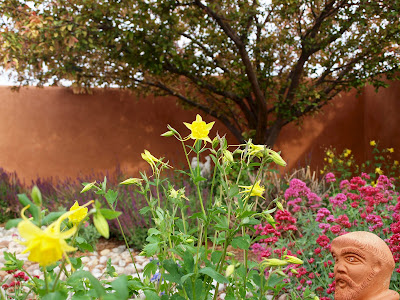 Today is Carina Press’s one year anniversary. Word-Whores is hosting one of Carina’s executive staff, Aideen O’Leary-Chung, Director of Digital Commerce for Harlequin and Carina Press. If you hie over there, you stand to win some pretty fab prizes.

It’s funny that it’s been a year since Carina launched. So much has happened since then. Reading through the various posts (there are 20 in all), it’s interesting to hear the reminiscences of the Carina folks. It makes me remember how it all appeared to us, from the outside.

Today is the anniversary of Carina’s launch – when they debuted their first books to the world. But we first heard about Harlequin’s new digital imprint quite a bit before that. The news astonished everyone because, *gasp* Carina would not be offering advances.

This sent RWA into a frenzy. The Romance Writers of America non-profit corporation is one of, if not the most, powerful writers organizations in the world. The venerable standard of RWA has been, for decades, that to qualify as an approved publisher, they must give their writers advances. This has been a non-negotiable standard that, really, any legitimate publisher could meet. It was a low bar for a very long time.

And then the world turned and times changed.

With the advent of electronic publishing, paying the author up front no longer made so much sense. Instead epubs offer authors much higher royalties (~35% for most as opposed to 8-10% for print). Carina chose that business model.

Well, this turned into a BFD, because Carina was an imprint of Harlequin, which means just a subset of the overall company, and Harlequin has been the queen of romance publishing for longer than RWA has been in existence. And boom! Harlequin could no longer be an approved publisher by RWA.

At the time, no one could understand why Harlequin was doing it. They were accused of vanity publishing (where authors pay to get published). People thought they were completely nuts to potentially compromise their publishing empire for, what? some stupid ebooks??

They sorted it out. I believe (and someone correct me if I’m wrong) Harlequin satisfied RWA by legally separating themselves from the Carina digital arm. Harlequin is approved. Carina is not.

And look what the last year has wrought.

Ebooks are now the only part of the publishing market that’s growing instead of losing money. More and more people have ereaders. Everyone wants to digitally publish. I’d love to see a list of all the epubs started in the last six months.

I set my sights on Carina because they have the forward-thinking excitement and savvy of the electronic market founded on the Harlequin rock of excellent business sense. I’m so pleased that Sapphire will be published by them in October.

6 Replies to “Digital Publishing – What a Long, Strange Year It’s Been”