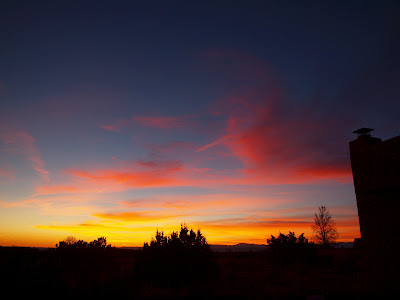 As some of us shuffle off to the RT Convention today and others stay home to actually get work done and live their lives, it’s probably worth giving a nod to the business end of writing.

A big reason people go to conventions like RT is for business. They go because their publishers tell them to, because they think they’ll sell books and “connect with readers.” I’ve heard people say they won’t go until they have a published book to sell because it’s wasted time otherwise. I’ve written before about how going to writers’ conferences is an opportunity to learn from the big sellers in the field. But one of the very most important reasons to go is to connect with other writers.

Over the next few days you’ll see a lot of photos from RT. Partying, hanging out, lots of smiles for the camera. The business-oriented will call this networking. Another phrase for it is making friends.

The support network of other writers can’t be overvalued. People often mention the very supportive online community. Getting to meet those people in person is even better. And there are – *gasp* – writers out there who aren’t on the interwebz (yet). They must be found and indoctrinated, I mean, coaxed into the virtual world.

This is on my mind this morning, not just because I’m packing up to go see some of my friends, people I see maybe once a year or once every couple of years. It’s on my mind because of a couple of recent articles. This seems to be the season for jealousy and meltdowns. There’s this rant, from a self-pubbed author who’s “retiring” from professional writing in a rage at the lack of support her books have received. Then there’s this honest and heartfelt letter on book deal envy (via Galley Cat – thank you!).

Both stand out to me as examples of writers who’ve let the inevitable disappointments of this very competitive business breed into bitterness, anger and jealousy. These aren’t writer problems so much and human being problems. I think “Sugar” puts it well in saying the author of the letter is conflating “book” with “book deal.”

We all do this. We all want to be Cinderella at the ball or Michael Jordan on the ball court. We want to be King or Queen and have all the specialness that entails. We want the pick of the babes, to marry the prince, to be loved, admired and, and, and…

I suspect part of why we want these things is because we believe our lives will be better once we have them. “If only I had………., I’d be happy.”

But the deal is, happy comes from within. We repeat the adage that “Money doesn’t buy happiness” for a reason. (Though I still love David Lee Roth for saying that money does let you buy the big yacht that you can park right next to where the happiness is.) The point is, how happy or how bitter we feel doesn’t depend on whether or not we have these things we want. It’s just easy to pick those out as substitutes.

The other thing that struck me about both of those articles is the relationship with other people. Both with the “jerks” and the “true friends.” Despite the wildly different grips on reality, both writers saw their circle as competition or customers. Which I found troubling.

It doesn’t get better than that.