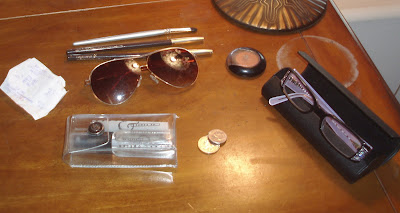 Saturday night, we heard a sound.

Both deeply asleep, David and I jumped upright at the sound out our window. Though we live in a rural area, there’s a paved two-lane road not far away. Given the way the houses are laid out, the road curves past, not really all that far from our bedroom window. We can’t see it, because it drops below a rise, and usually we can’t hear it.

But Saturday night, we heard the screech of tires, then a crash. A huge crash, like an enormous bubble popping. Suddenly and fully awake, I knew someone had rolled their car. I dashed for my cell phone to call 911. David grabbed the binoculars, to try to see. We have no streetlights either, so it wasn’t easy. I looked at my clock – 12:37, because I’d set it ahead for daylight savings time when we went to sleep. We’d been asleep maybe an hour.

I feel like I was fuzzy, telling the 911 operator. By the sound I knew it was bad. She said they’d send someone to check it out. David could see a car dome light and people walking around. With my glasses, the binoculars wouldn’t focus right, so I stopped trying to see. We debated putting on our clothes and walking the half-mile to see. But what could we do?

In the morning, I suggested that we walk over, to see what we could put together. We found the tire tracks going off the asphalt onto the soft dirt, right where the road curves from the straightaway. Dirt and weeds sprayed across the nearby walking path. Pieces of car were strewn about. Strips of shatter-proof glass, bits of bumper and so forth. We found another set of deep-dug tracks, where the tow-truck had pulled the car out.

And I found her things. It looked like stuff from her purse. The Lancome eye pencils, the eye-shadow brush and compact. A pair of dirt-encrusted sunglasses and Prada reading glasses, still in their case. A receipt for jewelry – from last April – and a lens-cleaning kit from Santa Fe Optical. Thirty cents in change. I picked it all up, while David waited on the walking trail with Zip, keeping him away from the broken glass. Then I started to pile it up, thinking she might come looking for what she’d missed, in shock and in the dark of night. But she might be in the hospital. Or dead. And kids would pick it up, keep it and not care.

So, now I have these things of hers. Along with a name on the nearly year-old receipt. She’s not listed in the phone book. I’d like to find her, if I could. I’ve worried about her all day. Was she hurt? Maybe she’s okay, just rattled by her near-miss. Pissed that the car was totaled.

David said he dreamed all night about cars crashing. He thinks someone died.

I just remember that sound. The screech and pop.

I put her things in a bag, just in case.