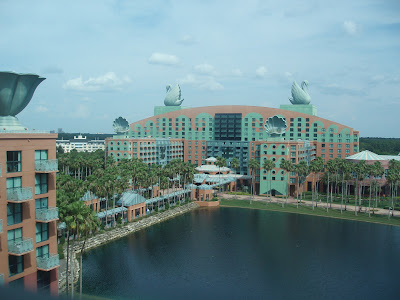 I hear there’s been muttering in the blog follower ranks about the dearth of postings during RWA National.

I’d like to point out that, technically, I only missed one day.

But I’m making up now. I’ll cover a day of conf for the next few days. 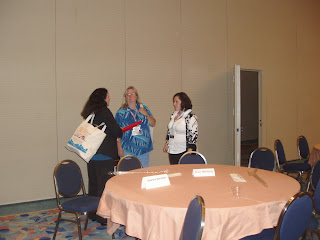 Wednesday, I spent the day at the RWA leadership retreat, which is always full of great information. Allison and I also managed to get a room change with this view, which was infinitely better than the big piece of roof equipment crouched menacingly outside our windows in the previous room. If you ever go to the Dolphin, don’t let them put you in room 10033. Just sayin’. FFP’rs Florina Craven and Nancy Badger were there, too, representing their local chapter. 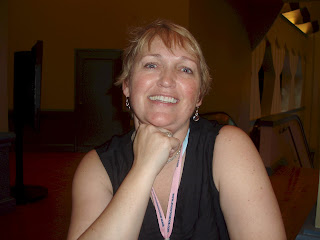 Boone Brux, FFP’r and president of her Alaska chapter, bought me a martini and snapped the now-famous pic immortalized previously. Little did I know Boone had left her billfold in the seatback pocket on her flight to Orlando. You know how they tell you to check it? Exactly. So, turns out she spent some of the money her husband wired to her on my dirty martini. What a stand-up gal. 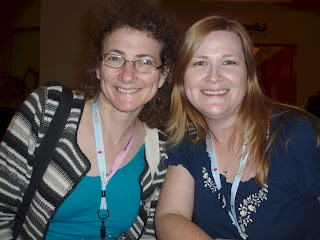 The Dolphin was exceptionally well -suited to a conference like this because the bar was in a large hallway that everyone passed through. Many of the tables were in the middle, flanked by wide passageways and the bar on one side and more private alcove tables on the other. Thus we easily spotted passersby and said hi. Here’s FFP’rs Lizzie Newell and Michelle Miles stopping by.

Then it was literacy fest time. And wow, what a major event. I took lots of photos of FFP authors – the ones I knew offhand – and put all of the pictures up here. (Actually, pretty much all of my conference photos are there.) RWA announced that the 2010 “Readers for Life” Literacy Autographing was a huge success with approximately 3,600 attendees and 500 participating authors. This two-hour event raised $55,000 for literacy, with the proceeds going to ProLiteracy Worldwide, Orlando’s Adult Literacy League, and the Nashville Adult Literacy Council. 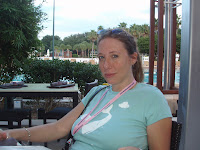 Never mind that I blew out a strap on my favorite high-heeled strappy sandals. I think I can sew it back.

After that, Allison and I ate dinner at the pool bar, where they also played Mamma Mia. A perfectly silly and wonderful thing to have playing. Then we had to search for the enormous, bigger-than-her-head Rice Krispie treat Allison had spotted in a candy store on the Boardwalk the night before. 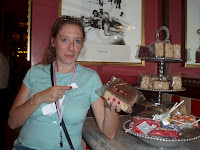 I’m supposed to say she didn’t eat it all, but she totally did.

2 Replies to “Convention: The Recap”