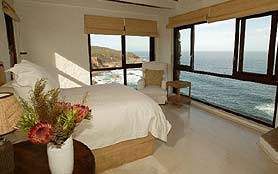 Yesterday, I did absolutely nothing.

And it was everything I thought it could be.

Actually, I don’t have a dream of doing nothing — but the line from Office Space feels inevitable. And if you don’t know what I’m talking about, you should drop everything you’re doing and go rent the movie right now. At any rate, I am generally a busy person. David says I am always busy. I’m willing to concede the point. I’m the person who, (AVATAR SPOILER ALERT) after the triumphant end of Avatar starts wondering what he’s going to *do* there now. Sure it was challenging and exciting when he had the steep learning curve and the conflict and all that. But, while tribal life looks so peaceful and bucolic, wouldn’t you get, well, bored after a while?

I think it mainly looks attractive to us because we are so busy.

And busy I have been. This new project I’ve been working on that’s so political involves countless meetings and hours of phone calls. Visiting and revisiting deadlines. Then I had another project that I had to deliver by midnight on December 31, which is not nearly as magical as it sounds. My colleague worked all week on it, when I wasn’t on other calls or going to meetings. She read over it while I took a shower at 6:30pm on New Years Eve and then I emailed it off. David and I made our 7:30 dinner reservation.

Normally, January 1 is a busy day for me. I come from Marie McGee’s School of How to Make Them Think You’re a Lady (Even If You’re Not) and one of the tenets written in stone is Thou Shalt Take Down Thy Christmas Decorations on New Years Day. Anything else TACKY. (Nothing is worse than “tacky” in Marie McGee’s world.) And normally I like that, starting the new year clean and fresh.

But you know, I just wasn’t feeling it yesterday.

I started this blog one year ago on January 1, so I had planned a bit of a year in review. Revisit the metrics. Discuss how it went. That sort of thing.

Wasn’t feeling that either.

I dragged myself out of bed at 9am, which is the longest I’ve slept in for quite a while. Though we did stay up until 1, which was also impressive. 9am is just the time the sun hits the big armchair on the west side of the living room. David brought me coffee. Then oatmeal. I sat in my nightgown and read.

When the sun moved off the chair, I spread a blanket on the floor, and followed the sun across the floor all day — until 4:17 pm, in fact — reading and gazing at the sky.

I watched the sunset. I took a bath and used all of my scrubs and lotions. We watched a movie and I went to bed at 10.

I did load the dishwasher before bed, but that was my lone concession to productivity.

I’ve never had a dream of doing nothing, but it truly was all I thought it could be.

3 Replies to “Me and My Dream of Doing Nothing”