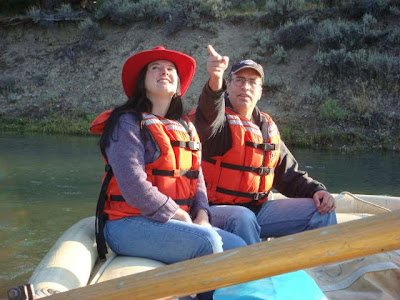 Assumptions are a funny thing.

Never mind the old saw about “assume” makes an ass of u and me. What assuming does is blind you to what’s really there. When a person assumes they know something, it stops them from considering any other options.

So, it was a funny thing: David’s previous boss asked him to spend a few days in Laramie over Christmas break to train a new guy in David’s old job. David and I cogitated on this — because of the holiday pattern this year, the first week of January would be best. But for David to fly up there — driving would really suck that time of year — stay in a hotel for a week, including meals out, would be pretty expensive. We wondered what she was thinking. And no, I didn’t want to go with him. A week in Laramie at the beginning of January? To bring out another old saw: been there, done that. Hope to never do it again.

Turns out, she was assuming we’d be driving up to David’s hometown of Buffalo for Christmas and could just stop in Laramie for a few days. Never mind that this would be an 11-12 hour drive for us now. On nasty winter roads. And that my family isn’t there. She thinks we’d do that because that’s what she would do. I think it’s hard for people back in Wyoming to understand that we don’t miss it at all.

I think sometimes that David’s family believes our move is my influence. That I’ve finally, after nearly 19 years together, wrested him away. I think they make an assumption about who I am and what I want. David’s family is large and very tight. In many ways, even after so many years, I remain an outsider. I don’t think they know that it’s been me who’s pushed him to maintain close contact with his family all this time.

And that, because I love him and want the very best for him, that I helped him find a way to get some distance.

I love this picture of David and me, because it captures so much of what we are together. David picked me because I would be this to him: someone who wanted to journey also. And we’re having a wonderful time on this new adventure of ours.

I’m sure we’ll touch base back in ol’Wyo sometime. Just not quite yet.

One Reply to “My Old Wyoming Home”