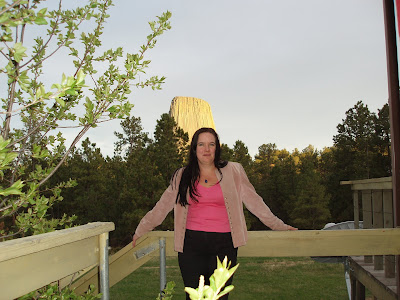 I had this teacher of Taoist philosophy who insisted that, if you were working with the Tao, then things would feel easy.

It’s like the joke about the Rabbi, the Priest and the Taoist approaching the raging river. The Priest kneels down and prays to God for safe passage across the river. The Rabbi divides the water and walks through. The Taoist steps into the current and gestures for it to keep going in the same direction.

Okay, it’s not a FUNNY joke.

But it does illustrate a principle that, while some religious philosophies seek to control or change the world, Taoists try to find which way things are already going and ride that wave. So, the corollary to this is, if what you’re trying to do is really difficult, you’re fighting the current. If you’ve found the current, things are easy. Just float along in your inner tube and drink your beer.

I’m not sure if I agree with this or not.

There are certainly good examples in our lives of things falling into place, not the least of which our recent serendipitous switch to moving to Santa Fe instead of Victoria. That was certainly the case of knocking on some doors and seeing which one opened. And every-damn-thing fell into place. It was truly amazing to watch.

I have long been accused of taking the easy way. Of cruising.

I was a naturally good student, so rarely studied. I read books in class because I could always answer the question the teacher’s asked, no matter how they tried to catch me out. I could get A’s without trying, so why try? In college I had to try harder, but I didn’t kill myself by any stretch, to my advisor’s dismay. My PhD advisor was even sharper in his disapproval, often castigating me for not pushing myself, for doing just enough to get by.

So, I can see it. I’m not a hard worker. I’m a grasshopper by nature and generally at peace with that.

But with this ruthless revision — the one you’re undoubtedly sick of hearing about — I’m trying really hard to take the time to do it right. I’m working HARD at it. And feeling a bit sulky about it, to tell the truth. I want to see if it’s true, that if you put in all that effort that all the theys want you to put in, will it really result in a hugely better product?

I’m at this point in the book where I got stuck when I was drafting it. It’s about 80% of the way through. I solved the problem then by jumping in the river and letting the current take me. Turns out we meandered past some neat scenery, but ended up in a stagnant pool.

So, now I’m consciously directing it. Thinking thinking thinking. With lots of second guessing. And it’s making me tired. I know that sounds silly, but I’ve been doing this writing a couple hours every day/working full-time career-type job all day deal for years now and this push is draining me. Sleeping 11 hours a night draining.

Which makes me worry that I’m fighting the current.

Maybe its my Catholic ancestors, whispering in my ear that I should confess, purge and pray. Maybe its the Pagan ones before that, telling me to sacrifice to the spirit of the river.

Maybe I should just get back to work.