Skip to content
Please welcome one of my favorite people, Keena Kincaid, with a little Guest Blog. She has a new book out — her third! — maybe too late for Hanukkah, but there’s several December gift-giving occasions left! 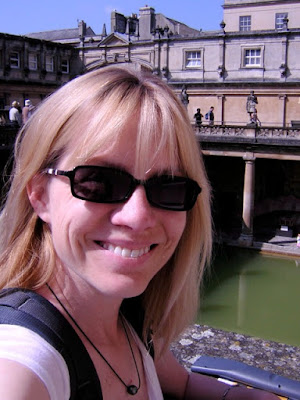 If you write Romance inevitably you hear: “Why do you write that fluff? It’s all happy endings. You could do better.”

I always laugh it off and say, “Well, I started out writing a murder mystery, but then my hero met the heroine.”

Despite my cheerful reply, though, the implication that writing happy endings somehow requires less effort or less talent grates on me like stop-and-go traffic. I can’t speak for every author, but sometimes finding a HEA that is believable and true to the characters is a huge, exciting challenge.

For example, my current book TIES THAT BIND could just as easily been a tragedy.

My heroine, TESS, LADY of BRIDSWELL, also makes choices that put her on the divide between gain and loss, happiness and heartache.

And it’s this divide—the knowledge that the story could go either way—that makes writing romance such a challenge and so much fun. Because the Happy Ever After has to make sense, it must come from the characters and the plot in a natural, logical way. Otherwise, readers hurl the book against the wall.

The happy ever after in TIES THAT BIND happened because my characters managed to grow and change. The story’s tension is created by mistakes, thoughtless actions and genuine personality differences. It’s not obvious how the conflict will be resolved—and it shouldn’t be.

The tension, conflict and unknown are what make a good book good.

So with each book, I set myself a challenge. Make the conflict deeper, the stakes higher, the HEA more impossible—and then find a way to get my characters there in a natural, logical way that makes everyone happy.

Back of book blurb:
A druid who denies himself nothing desires the only woman who believes magic and love don’t mix.

Out of place in the Plantagenet court, minstrel AEDAN ap OWEN misuses his Sidhe gifts for the king’s dark business. Sent north to investigate rumors of treason and dispatch the troublemakers, Aedan discovers someone is murdering monks and stealing saints’ relics. And all clues point to Carlisle.

TESS, LADY of BRIDSWELL, refuses to rekindle her relationship with Aedan. She knows his reputation as a secret stealer—and she has a secret that must be kept. But her resolve falters when her uncle promises her hand to a man she despises and Aedan hounds her steps.

A would-be king uses the stolen relics to amplify his power, wielding it like a weapon. Meeting the traitor’s magic with magic will prevent war, but it will also destroy Aedan’s chance to show Tess he has at last mastered the temptation of the ancient wisdom. Can Aedan renounce his magic to win Tess’ heart anew or will he choose magic over love? 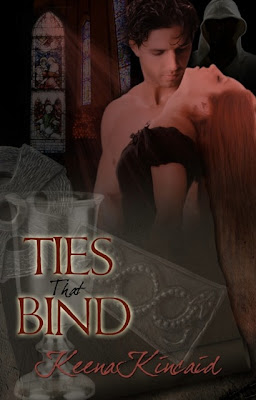 “Tess.”
It was a single word, four letters, yet Aedan somehow imbued her name with the importance of a royal decree. He knows words, she reminded herself, quickening her steps. Life in the king’s court had no doubt honed to perfection his raw talent for finding the phrase to start a quarrel or arouse passion. By now, he could likely start a war — or stop one — with a single syllable.
Chilled by the thought, she turned into a niche in the wall and discovered escape ended at an oak door as wide as she was tall. She fumbled for a latch. Finding only smooth boards beneath her hand, she pressed her palm against the door, prayed it would miraculously open. The steps behind her stopped. She closed her eyes. He had bathed. He smelled of Saracen soap, spicy and exotic, mixed with the brisk, earthy scent of old trees that had clung to her for days after he’d left.
“Tess.”
A tremor ran down her spine. Saints, she still loved the way he said her name. Rather than giving it a shortened, clipped feel like everyone else, he elongated it, adding depth and weight as if it were her true name.
“Tess, look at me.”
Unable to move forward or backward, she pressed her forehead against the door. Go away. Just go away, she prayed, and then hands, warm and steady, settled on her shoulders.

3 Replies to “The Art of Keena”