This hawk was in the tree across the road. Love my new telephoto lens!

David and I were talking yesterday about the value of happiness and making choices to be happy. Now, not everyone really values happiness as a top priority. Sure – people say they want to be happy, but often they value other things above that. Being admired or respected, making our families happy, fitting in with the crowd. If we look critically at our daily choices, we can see that we often choose to do something that doesn’t make us happy because we think the other thing is more important.

For example, a lot of us woke up this morning earlier than we wanted to. It might have made us happy to sleep longer, but maybe there are children who need to be cared for and that’s more important. Or we have to get to that job on time, so we can be paid, which can be a factor in long-term happiness. So, sometimes we make a considered choice to put someone else’s needs above our own happiness or we sacrifice the short term in favor of the long term.

But we can also get in the habit of capitulating to the “shoulds.” All those things that we think we should do, whether they make us happy or not. It’s easy to fall into that pattern of all the little responsibilities and debts that drive our daily decisions.

David mentioned it because he’s been reading Anthony de Mello, who made a deliberate decision to be happy. That’s what he wanted out of life. For every choice he encountered, he weighed whether it would lead to happiness.

This is harder than it sounds. For instance, he ultimately told his best friend they could no longer spend time together, because the friend didn’t make him happy. It’s a hard, strong line to draw and many of us would flinch at such a decision because of all the voices whispering that it’s selfish. Choosing one’s own happiness over someone else’s will always be labeled selfish. It’s up to us to decide which we value more: being happy or being thought an unselfish person.

It got me thinking though, that it doesn’t always have to be huge, life-changing decisions. In everything I do all day, I can choose those things that lead to happiness for me. Throughout my day, there are many opportunities to read rants and encounter unpleasant news and thoughts. I don’t have to look at them. I can focus instead on those things that I believe do make me happy. I can create a tesseract of happiness.

By little, incremental choices, I think I can find ways to have a happy life. Which I do think is the most important thing for me.

Now I’m picturing what a tesseract of happiness would look like. 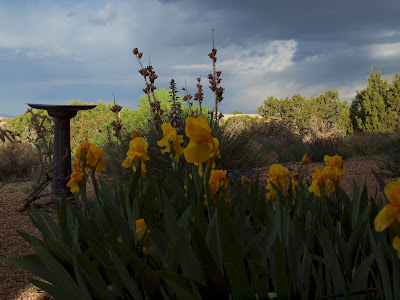 I hope this threatening sky promises rain -we desperately need it.

David’s been talking about some of the patients he sees and how the ailments they come in with so clearly reflect how they live their lives.

I think it’s easy to see that those who choose a violent path stand a greater chance of dying a violent death. Live by the sword, die by the sword. It’s a simple matter of percentages. But I think it’s less easy to see that, if we choose to spend our lives in service of our children, then that’s how our lives will look in the end. If we choose not to accept responsibility, then we’ll have no control over anything. My stepdad Dave loves order – thus he’s been in the military and prioritizes creating order.

It’s that aspect of choosing that’s most important. Stepdad Dave doesn’t spend every minute of every day making lists and planning for the future. It’s just his priority. It’s what creates the foundation under everything else. And it’s characteristic of him – enough that we all tease him about his lists.

Kristen Lippert-Martin mentioned on her blog that Virginia Woolf wrote only one hour every day. Not all that much time, out of her 24. And yet, we think of her as a writer. The quintessential writer, for many. That’s because being a writer shaped her life, more than anything else. She made all her choices around that idea and it became her salient characteristic.

I think that’s the key: what we choose to live by is what defines us. The warrior who chooses to live by the sword might retire from the field between wars, but she remains a warrior in her thoughts and actions.

We spend a lot of our lives with things being chosen for us: our families, where we live, our friends, often our professions. In the hustle of day to day, we tend to fall into what other people declare is most important. And we often have to abide by that: children must be fed, paying bosses must receive deliverables. Still, those things don’t have to define us.

Even if we spend only an hour a day writing, we are writers by definition, if we choose that way of life. 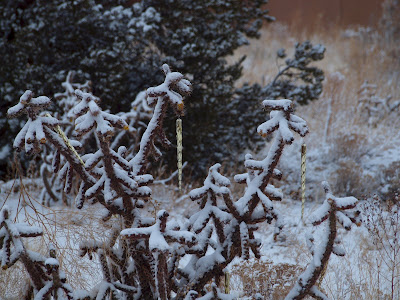