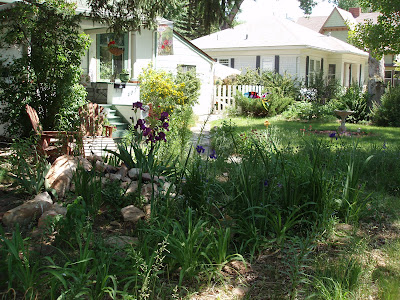 Order and chaos have been on my mind lately.

See, I’ve been thinking about writing methods, because last week on Word Whores was all about pre-plotting versus misting through a novel and this week is about writing rituals, or lack thereof.

What I’m discovering is that these things have a whole lot to do with how we set up the rest of our lives. This should be no surprise to me. I’m a fan of tesseract theory and how a small piece of one thing reflects the overall thing. I’ve talked before about how the structure of one day can be the pattern of your entire life. (This is an over-time concept, so don’t panic if you just had a nothing day.) So it makes sense that your overall life affects the pattern of a single day.

We all plan our lives differently. We have different amounts of pre-plotting or misting to our days. Some of us have structure thrust upon us in the form of jobs that require us to be behind our desks from x o’clock to y-thirty. Some jobs change daily and, though you might apply a tentative structure in the form of To-Do lists, this can change completely depending on phone calls and what hits the In-Box. I expect we find our way to jobs that suit us this way. I love my day job for an environmental consulting firm because all that matters is the quality of my work and that I meet deadlines. No one particularly cares what the clock says when my butt is in the chair, just so long as I get the work done and get it done well.

This suits me. I had one of those “be there from x o’clock to y-thirty” jobs before and hated it.

A friend of mine once told me she’d read a psych study that showed that people with very orderly internal lives have wild and disorderly gardens. Likewise, people with more chaotic internal lives tend to produce orderly gardens. She said this while looking at my untamed cottage garden. The photo above shows my usual gardening style, though we’d only been in that house a few years and I hadn’t had time to completely convert it to a jungle-tangle. If I were to show you a picture of my friend’s garden, you would see her neatly bordered rows, with bunches of plants set an exact distance apart. Very pleasing to the eye.

I was forever wanting to sneak over and plant a stray something in the wrong spot.

At any rate, I’ve discovered that, though I’m an orderly person in many ways: ritualistic about my days, methodical in scientific work and my love for spreadsheets is near legendary, there’s another side of me that loves to fling order to the winds and embrace chaos.

I may never plot simply because I love the wildness of an unplanned novel. Oh yeah, later I’ll go back and thin it out here and there, tweak the plantings for maximum effect.

But first I’m tossing my seeds into the wind. Just to see what I get. 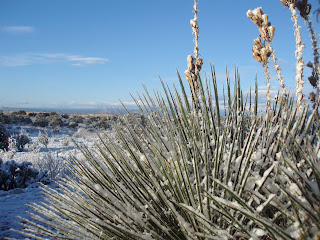 No, it’s sunny and warm today. This pic is from a few days ago.

Sometime soon, this weekend maybe, I’m going to cut off those seed pods. The gillia need tending also. And the whole secret garden needs clearing out. Time to clear the way for the new.

So, yesterday, I held to my ritual and I did not turn on my phone until after I finished my wordcount. Then I turned on the Blackberry and watched the email messages stack up. And then, wow! A voice mail!

I confess I felt a thrill, dialing in waiting for the voice of RWA to tell me that I’m a special unique snowflake.

Yes, the office supply place that has never, ever called me before, calling to warn me that my order had been delayed until 3/25. For those keeping track at home, yesterday was 3/25.

Just a little cruel jab from the universe, mocking my little dreams.

And apparently the universe couldn’t get enough of the joke: I received two more calls yesterday morning, both from numbers I didn’t recognize, one being a wrong number and the other being Staples, AGAIN. This from a cell phone that doesn’t ring for days.

The great lottery goes on. Allison didn’t final either, with the manuscript that just snagged her an agent and a three-book deal, so that gives you an idea of how well a contest like this predicts publishability. Amusingly, blogger doesn’t believe that’s a word.

An agent who has my manuscript Tweeted from the Bologna Book Fair that what’s “in” are angels, zombies and dystopias. None of which are in Obsidian. I envision that all across Twitterville, writers were brainstorming post-Apocalyptic landscapes with zombie angels.

Nothing new under the sun. Chasing after the wind. Don’t call me angel of the morning.

Staples called me one more time in the late afternoon, asking if my order had arrived. I said, why no, but I was in no hurry. He asked me what time it was for me and I said 4:09. He told me the driver had until 5 to deliver the package. Okay, I said, though did I mention I don’t care. He tells me that by law he’s required to make sure it gets delivered by 5.

I’m wondering if this is part of the Health Care Reform.

After all this? No, my printer ink never arrived. Not that I care, since I’m all set right now and was planning ahead for when the ink in the printer runs out. I imagine that, when I turn on my phone, I’ll have a voice mail from them.

I’m thinking about submitting my manuscript to Staples. At least I can be sure they’ll call. 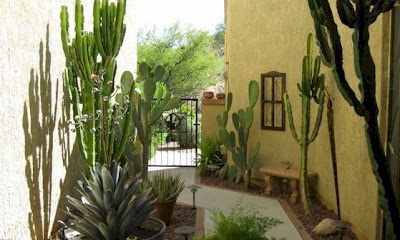 I bought pansies, yesterday. And violas.

This is more remarkable than you might think, because it’s a grave risk here to plant annuals before Memorial Day. It’s not a fashion-risk thing; it’s a spring blizzard thing. Our official average frost-free date is something like June 6. Though no one can bear to wait that long, really. One year our spring came warm and early. I got cocky and planted out my annuals. A week later a snowstorm killed them all.

My hard and fast rule now is: no planting out until Memorial Day Weekend.

A rule I’m now breaking. Bending, really, since the pansies and violas can bear more chill than others. We leave Saturday for Victoria to go house-hunting and our Laramie realtor plans to show the wazoo out of our house while we’re gone. The perennials may be coming up, the purple-red stalks of the peonies reaching for the sun. The rhubarb is unfolding like alien pod-babies. The narcissus are charming, which is their job. But otherwise, the beds need freshening. So, I’m planting before we go. Sticking those violas in the ground and abandoning them for ten days. Not like me at all.

I bought them yesterday at Walmart – also a departure for me. I figured Walter World would have them plentiful and cheap. They’d be nicely forced into overbloom. A perfect way to create a particular image. The garden shop was oddly barren. Even the big-box distribution mavens have apparently finally figured out not to send tender plants our way in May. I pulled a dusty cart from the queue, tugging hard to break its lock with its nested neighbor. Then I bent down and tugged free three tumbleweeds from around the wheels. The wind retrieved them and sent them sailing across the road, back to the barren prairie.

My mother told me yesterday that she has euphoria in her front yard. Well, front courtyard, really. The “Cactus Guy” came to examine the cactus garden that came with their Tucson house. She wanted to know if they were taking care of the cacti correctly. Cactus Guy not only approved of the superb health of the garden, but waxed enthusiastic over the wonderful euphoria specimen.

Euphoria in the desert. I just love that. Never mind that it turns out to be Euphorbia. (The ammak species, if you want precision.)

I’ll bend my rules and plant flowers only for show, that may not last. And my mom can have euphoria in the front yard.