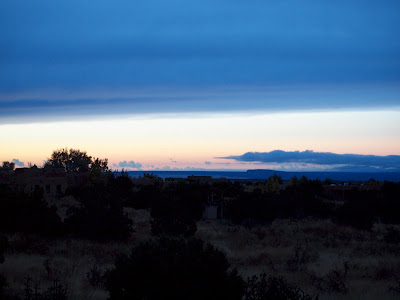 There’s a bru-ha-ha going on with Dorchester Press. Alas, still and yet again.

Really it’s a continuation of the same sordid story. For those not in the swim of New York publishing, Dorchester is a smallish publisher, but has been well-respected. They published a lot of romance, especially a lot of paranormal stuff. I have a number of friends who’ve published with them and have been very happy. Two Dorchester editors, Chris Keesler and Leah Hultenschmidt are well-known on the conference circuit, well-respected in the business and well-liked by pretty much everyone.

Used to be, Dorchester was a great place for a debut author.

That’s when the whole “struggling publishing industry” thing comes into play. As a smaller press, Dorchester doesn’t have the reserves and diversification of the bigger NYC publishers. Rumors have been afloat for some time that they haven’t been paying some authors royalties for years, though other authors say they’ve been paid on time. The first certifiable flag of warning was when Dorchester sold their backlist – the books that were published years ago but continue to sell – to Avon. These were their biggest name authors that they sold (the Avon folks aren’t dummies) and people wondered how Dorchester could afford to give up a bread-and-butter resource like that.

Well, they couldn’t. It was a desperation move.

Last summer, RWA withdrew its approval of Dorchester as a reputable publisher, because there were enough reliable reports that authors were not being paid. Then this fall, Dorchester made the astonishing announcement that they would no longer be a print publisher. The press intended to go to electronic publishing (much less overhead) and some trade paperbacks (targeted print runs for anticipated high-sellers). This included books that authors had anticipated would hit shelves a week or two later.

The company also slashed the staff, laying off Leah and leaving Chris the sole editor, with an assistant.

Many authors requested reversion of rights meaning that, since Dorchester had violated their contract that promised a mass-market print run of x copies, the author wanted the publishing rights back. Dorchester granted these rights-reversions.

Now it turns out that Dorchester is still selling those books. The story is here. What’s most disconcerting to me is how little recourse an author has when someone else is selling their books. Short of a civil action, which requires money, there’s little to be done until the wheels slowly turn.

There are also a lot of comments on the post, of varying levels of hysteria and reason. If you scroll down to 12:37pm, Chris Keesler adds a comment. I thought his explanation was dignified, well-reasoned and apologetic. I don’t envy his position at all.

And that’s my real point here.

It’s easy to point fingers at the big, bad corporations. Certainly they do crappy things in favor of the bottom line, but most of us have worked for corporations. We have all lived Dilbert lives in some way or another and we know how companies like that work. It’s easy for writers in particular to see editors as giant figures, flashing good-fortune lightning from their fingertips. In reality, I imagine Chris has very little power over Dorchester’s financial line. Just as, though I’m a reasonably high-level associate in the company I work for, I have no power over how they bill and when they pay. Many of us, too, have been in the position of being the surviving staff member of a larger department that was slashed. We’re asked to do the work of two or three people.

If we want to keep our jobs, we do it.

This doesn’t mean that Dorchester isn’t doing awful things to their authors. But they are also trying to stay afloat and continue as a publisher. It remains to be seen if they’ll succeed.

I met Chris at RWA National last July. He accompanied one of his authors, Leanna Renee Hieber to our big party. She was up for a couple of PRISM awards for her Dorchester debut novel, which she won. As her editor, Chris was there to support her. Being an opportunist, I asked Chris to be one of the “celebrity judges” for our Steampunk costume contest. Being a genuinely lovely person, he agreed.

What struck me about him then, was his concern that, as he and the other two judges weeded the vast field of candidates down to ten finalists, then four, then into prize-winning places, that I convey how difficult their decision was and to let people down gently. I almost thought he was silly about it. It was a party, people were drinking and eating. It was only a silly costume contest.

Then I realized, he had to do that all the time, choose from a field of people and pick the “best.”

Did Chris screw up by failing to take an author’s name off the list? Sure he did. He says he did. I’m impressed that he commented and owned up to it.

And I’m giving thanks today that the mistakes I make at work aren’t anything interesting enough to be posted on the internet for people to throw mud at.