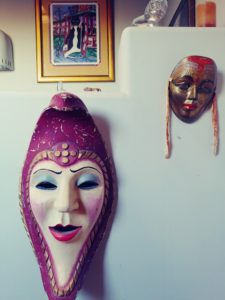 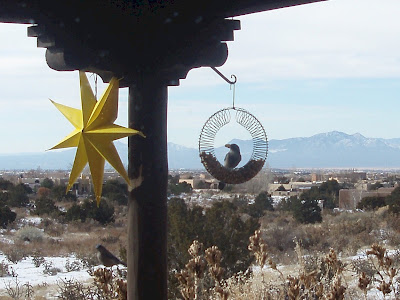 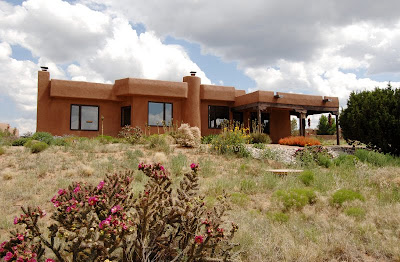 We have these big windows that reflect the sky. I’ve thought about putting those silhouette dealies on the glass, so birds won’t run into the glass. But so far, only a couple of birds have hit a window and then only glancingly.

One little sparrow decided to battle his image for part of an afternoon, but I figure he has his own issues.

But Halloween morning, I was sitting at my desk behind one of these big windows, when a bird flew straight at my face and slammed into the glass. I yelped at the shock, then sat stunned as the Cooper’s hawk that had clearly been on the bird’s tail drew up and landed on the bird feeder with a few hops to adjust. He assessed the situation, then flew off. Below me, the little bird twitched. I hoped it might recover, but the arrow of liquid where it’s bowels had released pointed to a different ending.

It had broken its neck instantly, panicked to escape the hawk.

The irony to me is that it died anyway. And the hawk didn’t get its meal either.

When we picked up our rental car in California, the week before last, I commented to my colleague that, since our car was in slot B-17, that now the song would be stuck in my head.

She, of course, had no idea what I was talking about.

Then, tonight, on my third week of business travel in a row, I’m in the grocery store at 10 o’clock at night for a pit stop with my other colleague (okay, we were buying wine) in our journey from the Lansing airport to the Hampton Inn that will be our home for the week. Guess what song comes on the background music. And I knew what it was from the opening measures.

“I don’t ehhhh-vah want to hear that song again….”

It was just too bizarre.

What does it all mean? Nothing, no doubt. We flee one thing, only to crash into another. We remember an old song and it chases us to another place and finds us again. 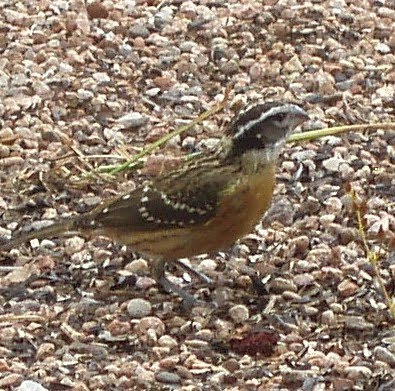 It’s lovely being here in Tucson.

So lovely, that I become lax on everything. I haven’t been posting to the blog (as you’ve undoubtedly noticed). I only answer some emails (a BIG stretch for me, compulsive email-checker that I am). I haven’t even been reading much.

I’ve been watching quail. Gambel’s quail, for those not in the know. At my folks’ place in Tucson, the quail come streaming along — they’ve got this amazing run where their legs move in a blur, but their bodies and heads remain still, so they move like ballerinas across the stage — spilling over the low wall into the patio. They drop like so many pieces of ripe fruit, cherry head-feathers bobbing. Lemon-drop finches cluster on the thistle-sock. A flicker sings a piercing whistle and hits the heavy seed feeder. The air is redolent with orange blossoms, which are in turn heavy with the hive-buzz of bees. They look identical to us, characteristic of commercial bees, and my stepfather threatens to have them followed, to exact his share of their product.

We visited Catalina State Park, and dutifully read the signs on the birding trail. Three habitats: riparian, desert scrub and mesquite bosque. The last is pronounced BOS-kay, from the Spanish for forest. We learned that our neighborhood flicker is an gila woodpecker (I linked it, just so you can see how pretty he is). The mesquite bosque surprised us with long, lush grass beneath the denuded shrubs. The sun heated my skin, welcome fire after the cold of winter.

This morning, we walked through the neighborhood. Past the patio homes surrounding Hilton’s El Conquistador resort. Here, off the roads, off the paved golf-cart paths and in my folks’ golf course-boardering patio home, we see all the birds and more. Vermillion flycatchers. A cactus wren or three. A roadrunner poised on a hillside fencepost. Bunnies and javelinas. David dubs it the fourth habitat: the Hilton bosque. Thoureau said travel was unnecessary; that everything could be witnessed in one’s own backyard.

So, I lie in the lounge chair on the patio. Watching the world come to me.