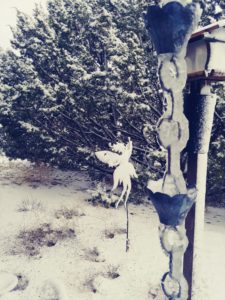 In some parts of the world, people check their shoes for scorpions. In my house, you must check under the couch pillows for attack kittens.

Yesterday, I had a minor attack of author jealousy. I don’t like admitting it, but I consider this part of my therapy. I saw someone else’s book praised – a book that’s gotten several forms of praise that mine hasn’t – and the emotions rushed up and stabbed me. Calling it the Green Monster is a good analogy because that’s just how it feels, that toothy, nasty creature gnawing at your gut.

So, I sent an SOS to a good author friend, to talk me out of my tree, which she did immediately and admirably. She also asked, “could this be PMS?” (Sorry guys out there – just cover your eyes.) And I realized, to my great chagrin that, oh yes, the timing was exactly perfect for that.

How I hate being cliché.

Still, regardless of my personal hormone levels, the point is well taken: jealousy is an internal thing, not an external one.

This is easy to confuse, because it always feels like an external trigger. Why does HER book get attention that MINE doesn’t?? Never mind that I like her, love her book and truly wish her well. No matter the awards and love showered on my book in other ways. She has something I don’t and suddenly I’m five years old again and wailing over the one dolly some other kid has.

It’s baseless and childish, but still a real feeling.

That’s something I’ve learned from David, who just graduated with a degree in Traditional Chinese Medicine, is the perspective that emotions affect our health. I guess we all kind of know this already, but sometimes I know I don’t take it seriously. But bottled-up emotions, in particular, eat at us – much like that toothy green monster – creating conditions for pathologies to set in. The trick is to accept the emotion and let it flow, through and out, where it can’t poison anything.

So, how did I release my stupid fit of jealousy?

1. Acknowledge that it’s real that I feel this way.

2. Vent to a friend who validated that it’s real and who loves me anyway.

3. Take positive action to get myself what I want.

What kind of action did I take? Well, I could have done any number of things – sent my book to a reviewer, entered in for an award, gone on a promo bender. All of those things have rewards that are outside of my control. And it’s really just jonesing for that chocolate-covered heroin of attention.

So what’s the one thing I can do, that I can always control as a writer? That is the fundamentally most important thing for me to be spending my time and energy on?

Say it with me, kids: WRITE.

That’s what I did. I spent an hour writing on the new novella my editor asked me to write. Which I need to work on anyway.

And afterwards? I felt ever so much better besides being a few steps closer to my goal.