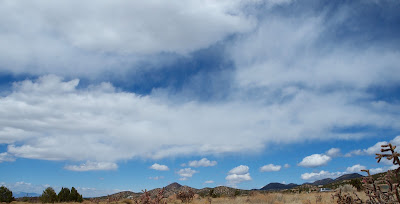 This New York Times article annoyed me yesterday. Oh, it’s an interesting article (thanks to @wolfsonliterary for tweeting it!), about the inspiration for Suzanne Collins’ young adult Hunger Games series. It’s fun to read as a writer because, no, Suzanne didn’t spring from Zeus’s forehead as a full-grown bestseller. She’s been honing her craft and working as a writer for years.

No, what annoyed me was a toss off sentence in regards to Collins’ first book: “When it was published, Collins was already 41.”

The implication being, of course, that omigod! She was already really old!

I looked up the staff writer of the article and she’s not the fresh-faced 20-something I’d imagined. Perhaps some of her own angst leaked in there. It happens. She might be feeling the passage of years, wondering how much time she has left to do everything she dreams of.

It seems I know a lot of young writers. Perhaps because more young people tend to use the interwebs than older ones. Many of the hot new YA writers are young, too, so that could be part of the surprise with Collins. I hear a pervasive restlessness from the younger crowd, bemoaning the loss of their twenties, lamenting that they’ve hit a milestone birthday without reaching their publication goals, watching the approach of OMG 40! with horror.

The thing is, we’re not football players or ballerinas. Our careers aren’t over at 28. Most writers write their entire lives. And, writing is the kind of pursuit that improves with age. In fact, a number of studies show that the average age for writers to have a bestseller is 50.5.

(No – I have *no* idea why that article is on a golf cart website. I’ve read lots of studies/data like that and that was the first I found. Perhaps they think retirees searching for high-end golf carts might also want to finally write that novel? Could be.)

I went through a stack of notebooks and journals last night, looking for some information for author and writing buddy, Laura Bickle. I don’t really journal extensively, but starting in about 1993, I took notes from writing classes, visiting authors, martial arts and philosophy classes, and wrote down story ideas and research in bound journals. It kind of makes for an interesting chronological mishmash of what I was thinking.

One thing that struck me, though, from those early writing notes, is how much I’ve grown since then. Confidence as a writer, yes. But also in perception, craft and skill. I *know* so much more now than I did at 27. That might seem self-evident, but the novels I write now are not ones I was capable of writing then. It’s exciting to think of what I might be capable of in another twenty years.

By then they’ll have really good voice-recognition software, too. I’ll just lay back and dictate. While handsome men feed me grapes.

What were we saying about fantasy yesterday?