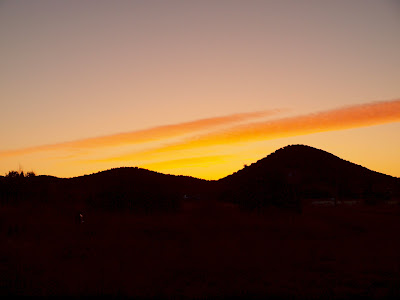 And so, the lines continue to blur.

It’s been clear for some time that publishing is changing. It’s just that no one is sure what it’s changing into. It’s kind of like the scene in a horror/sci fi movie, when one character begins to change into something else. Everyone around them stares in transfixed and fascinated fear while the person loses the hallmarks of humanity. While we wait to see what they become, they’re this mess of jutting bones, sliding tissues and odd liquids.

So, if you’re not plugged into publishing gossip 24/7, the big news this week is that Barry Eisler – a well-known author, though I haven’t read him – turned down a $500K book deal from one of the Big 6 NYC publishers to self-publish. He’s a buddy of Joe Konrath, who has become kind of the foaming-at-the-mouth cheerleader for self-publishing. Don’t get me wrong – a lot of people are inspired by Konrath and his tremendous ability to self-promote, but I find him a trifle on the fanatic side of being a fan of self-pubbing. At any rate, Eisler and Konrath took down their 12,000 word conversation on Eisler’s decision and posted it to the internet. A couple of snide commenters suggested that perhaps they could have used an editor.

At the same time, as former Pocket editor and current Penguin Sekrit Projeckt Wrangler, Danielle Poiesz, notes on her blog, self-publishing luminary Amanda Hocking is close to sealing a major deal with one of the Big 6.

So many choices. So many shiftings back and forth.

Meanwhile I’m seeing more and more writers becoming editors for epublishing houses. They often pick up the work to supplement their incomes. In those transformations, though, a curious thing occurs. As they take on the editorial persona, they gain a certainty they never professed as writers. They start offering writing and editing tips, because now they have the authority to back it up. Sometimes this is like the B film to me, where the person is bit by the vampire and POOF! suddenly they have white skin, red lips and fangs. And a cape.

People are also starting up epresses like crazy. After all, what more do you really need than a computer? Declare yourself an editor, recruit some writers to be editors, too, and start offering book contracts. No need to invest money in advance. It’s the ultimate start-up. All it takes is your time.

The most interesting part of all of this is that reputation, at least for the moment, doesn’t seem to matter. It’s a curious world where things are what people declare them to be. And whoever shouts it the loudest gets the most people to believe them.

Thus the Eislers and the Konraths post their conversations and declare their opinions Gospel truth. People announce contracts with week-old epresses, celebrating with the same fervor as they would a Big 6 contract.

The world will be as we want it to be, people shout out.

It’s as if whoever describes their invisible outfit in the most exciting detail will actually be wearing the velvet and gold. And perhaps they will. Time will tell. Proof is in the pudding and all that.

For a long time, publishers have wanted readers to associate books with their brand. They’ve wanted readers to pick up a St. Martin’s book and buy it because they know what they’ll get with a St. Martins book, just as they would with a Big Mac. This is a basic marketing thing (says she who knows squat about marketing). Obviously this was never going to happen. Readers associate stories mainly with authors, possibly with genre. Most readers never notice the publisher.

As the epresses proliferate, I think this will change. Already I see people noticing that certain epublishers turn out less-than-wonderful books. I’m cleaning up the language considerably here. I hear people talking in terms of the publisher as in, I bought a ebook from Fringed Lampshade books and I wondered if anyone ever read it, much less edited it. Then they don’t want to buy from Fringed Lampshade again.

Which is really how it should work.

It costs nothing to start an epress, to sign authors and offer them a percentage. Maybe you bring quality editing and a fresh perspective. Maybe not. As with all businesses, much will depend on the long run. It’s simple to put a product on the shelf, not so easy to get customers to buy a second time.

And perhaps the big publishers will finally get what they’ve been looking for. After all, at this point the main advantage they retain is editorial and marketing experience. If they can convince readers to look to them for a certain quality, then it might be difficult for an epress to compete.

Meanwhile, we are all in the cast, standing in a circle and watching in fascination as publishing writhes on the floor, kicking out all kinds of ooze. What will it be?

8 Replies to “Because I Say So”