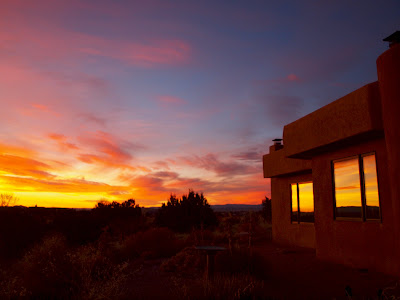 I’ve never been all that good at parties.

Oh, I sometimes have fun. And I like them, I really do. Love to host them.Hand me a glass of wine or champagne and a few snacks and I’m a happy kitty cat.

But I don’t do well with competing conversations. Part of it’s because I’m a Western girl. The pauses in East Coast conversations go by so fleetingly that, by the time, I’ve heard the opening, someone else has taken the reins and run with the topic. By the time I get a chance, the moment is gone and my comment no longer relevant. It’s like I’m forever running behind the big kids, jumping up and down, shouting wait for me!

It’s a funny thing, because I’m generally an assertive person. I think it’s more that I don’t like competition. I don’t like struggling for the conversational ball. If someone talks over me, I’ll back off rather than fight for it. I easily fall into my preferred writerly habit of listening and putting together the stories behind the people.

It only occurred to me the other day that I have a lifelong pattern of avoiding competition. David and I were talking about our childhoods and how we were both kind of sensitive kids who were shocked to hit the bigger world of school, where people yelled at each other and did mean things. We grew tougher hides over time, but I realized that my dislike of sports (please don’t yell at me because I ducked instead of catching the ball) all the way up to my avoiding the rest of the Pre-Med crowd in college (no, I really don’t want to tell you my grade on that exam) reflect that I don’t like competing.

I’m sure many would say this is a fear of failure.

I’ll hand you the conversational ball before I elbow you in the eye-socket to keep it.

Sometimes the social media world feels like this to me. It’s a great big cocktail party and I love the people I’ve met and the friends I’ve made. The support network is a fundamental part of my life. But sometimes the party gets really loud. Some people are trying to stand in the middle of the room and talk over everyone else. Others are gathering people around them, relentlessly counting how many there are, yanking them back when they try to wander off. Some spend the whole time trying to get people to go off to their private blog-party room. Have you been there yet? Lots of people like it. Go there and see!

I find myself standing on the edges of the room, retreating to the comfort of listening. My mother taught me how to make social conversation by asking people about themselves, but then I sometimes get trapped near the potted plant with the guy who wants to tell me how much money he’s made self-publishing.

I think the trick – as with all parties – is to mingle freely and find the people you want to talk to. I find myself avoiding the loud talkers, the big groups, the ones running around, flailing their hands in the air yelling Look at Me! Look at Meeee!!!! I want people to read my books because they enjoy them, not because I talked them into it. I don’t want my writing to be about competition, any more than I want the rest of my life to be about it.

Yeah, I know this means that the bigger boys, who throw the ball hard and sneer at my timidity will rule the game. This is why the James Frey’s of the world not only get away with their shit, they profit from it. Nice guys might not finish last, but they don’t necessarily finish first either.

Still, what it comes down to me is not that I have a fear of failure, but that I don’t think winning is all it’s cracked up to be. It certainly isn’t worth sacrificing happiness or what I believe to be a generous and loving way to treat other people.

If you want to find me, I’ll be over on the sofa in the corner, sipping my wine.

16 Replies to “Jumping Up and Down”