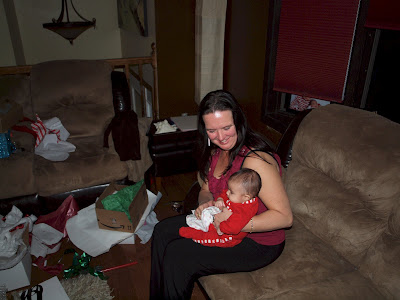 This weekend wasn’t about writing, so neither is today’s blog.

I’m still tagging it as writer’s life, because this is life, too. When we returned from our whirlwind party weekend last night, I caught up on blog reading. I noticed several people bemoaning that they weren’t recovering from the holidays fast enough. Here we are, ove two weeks into 2011 and they haven’t ramped up like they thought they would. People have flus and colds. It’s dark and cold. Day jobs have no trouble ramping up.

It’s easy to think that only actual typing away is writing. Of course, the big trap for writers is only talking and thinking about writing and not doing it. We’ve all encountered people who say they always thought they’d like to write a book. Many of them never will. 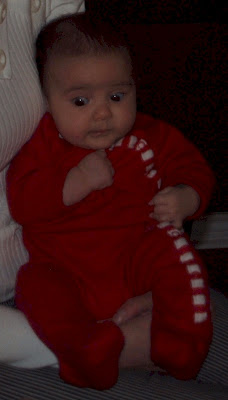 We know that. We used to be those people. Until we finally got our acts together and starting WRITING instead of talking about it.

So the fear eternally chases us, that we’ll revert. That we’ll lose the oomph to stick it out in the chair.

We celebrated belated Christmas in Denver on Friday night, with our 2 1/2 year old grandson, Tobiah (that’s powdered sugar from Donettes on his mouth), and our new 2 1/2 month old granddaughter, Aerro.

Saturday was my colleague Val’s wedding. Our widely scattered work team flew in from New Hampshire, Florida and Nebraska, to stay at my mom’s house in Denver. We went out for brunch on Saturday morning (there, Laurie, it’s documented!) and met up with another colleague who lives in Castle Rock. With six of us, brunch took a long time. We had a few hours to kill and they wanted to see some sights.

So we tooled around my old neighborhood. I showed them my favorite art and architecture around the Denver Tech Center, like Harlequin Plaza, where I’d hang with my very first love. Places even David had never seen, because we never seem to have time to burn when we’re visiting. We drove around Cherry Creek State Park and over the top of the reservoir, to prove to them there really is a big lake there. I told them how, when I was a kid, the only road across was that little two-lane along the top of the dam. My mom used to hate driving it, with so much traffic on such a narrow road. Now six to eight lanes of I-225 bustle below.

No one else was on the reservoir road. 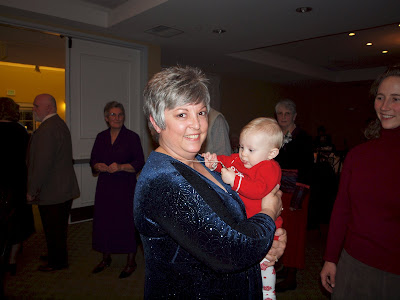 We hung by the fire a bit, then piled into the car to head to Loveland for Val’s wedding. There was a baby, there, too.

We stayed up late, drank a lot of wine and laughed until our sides were splitting.

Sunday morning we bustled everyone out for pick-ups and airport appointments.

David and I drove back to Santa Fe and I reflected on how fun it was to have a weekend party with my friends in my mom’s house. Those who’ve followed this blog for a while know that my mom has been prepping the house to sell it, after nearly 40 years. Our last couple of visits have been melancholy, full of sorting through things and memories. Lots of letting go.

So there’s a synchronicity to how this happened. I revisited some places I wouldn’t have thought to. I have memories full of joy, babies and friends.

The writer’s life doesn’t get better than this.