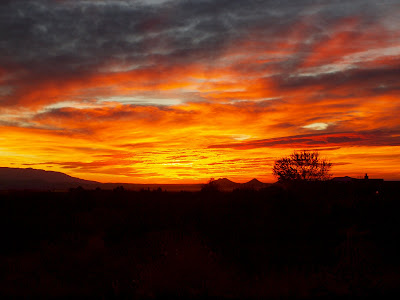 Crazy Gym Lady (to a guy leaving the gym): “You won’t relax. You’re high energy like me. I keep myself busy.”

“Manic,” I mutter under my breath.

I dream sometimes about missing holidays. I know I’ve mentioned this before from time to time.

It’s one of my standard anxiety-dreams, along with the one about taking a final without having been to class all semester. (Why is it always Calculus?? It wasn’t as hard as Organic Chemistry or Biochemistry. Yet somehow I have this lingering idea that there’s one semester of Calculus I still “owe” somebody, somewhere. And of course I never have studied for it…)

The other night, I dreamed that I forgot stocking stuffers. Everyone was at our house; everything was ready. And I realized I had no stocking stuffers for anyone. Off I went to buy some, which segued into the long dream of the strange and endless store which morphs into some kind of haunted Victorian mansion with a boat at the dock I never seem to reach.

You guys have this dream, too, right?

Anyway, the stocking-stuffer deal is pretty much mine in the first place. I suspect the rest of the family would drop it if I let them. Which I won’t. I love the touch of magic in it. Playing Santa. I like that we have to sneak around, trying to avoid each other late on Christmas Eve, or early Christmas morning, to tuck little gifts in the stockings. Generally they’re silly things. We each find three per person. It can be stuff like lottery tickets, candy, mini-screwdrivers, and iTunes gift cards. Sometimes someone gets frisky and does a more expensive small something – jewelry or tech devices.

It’s fun and a challenge to see what people come up with.

But, because they have to be small, require inventiveness and because they’re low-key, people put-off acquiring the stocking-stuffers. Then you have to keep track of them without nametags and keep the unwrapped things hidden. Just a bit more effort.

Every year someone asks “are we doing stuffers this year?” hoping we can drop the tradition. Always I talk them into keeping the magic for just one more year. Let’s not let it slide just yet.

Last night someone said to me on Twitter that her family is thinking about Denny’s for Thanksgiving dinner. I’d been teasing someone else about whether Southerners knew how to to a “real” Thanksgiving and passed her when she assured me they have pumpkin pie, not sweet potato pie. This other gal jumped in to tweak me with her Denny’s deal. I obliged her with crying blasphemy and she said she knew – that’s why they like it.

But is it really being iconoclastic? Breaking tired traditions for the freedom and energy of it can be a terrific thing. Sometimes though, we just don’t feel like putting in the effort, so we dress it up as being rebellious.

I usually find the results are worth the effort. It’s tempting to let things slide, to let competing projects, like crying baby birds demanding to be fed NOW, take priority. But it’s not always the loudest, most obnoxious thing that deserves our attention. It’s up to us to choose.

And, to whomever I owe a semester of Calculus, I swear next time I’ll study.