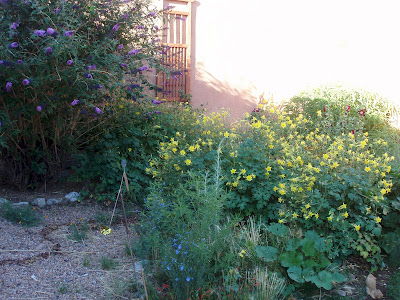 The Body Gift was completed at lunchtime yesterday, bouncing into the world at 102,242 words, 460 pages.

Some of that is baby fat, of course, and will be shed in these first few days of polishing and tightening.

For the first couple of hours, I felt exhilarated, still riding the rush of the climactic scene, which turned out to be really exciting, even though I knew what would happen. Then I crashed. I felt bereft and lonely.

It was as if this huge bubble of a thing that had filled me up, with particular intensity these last few weeks, had suddenly departed. It’s still there, but it’s more like a hot air balloon tethered to me, rather than all that heat and color being in my heart.

This is a better analogy than the baby one. Victoria Dahl, a very fun romance author a great Twitter presence, has been on a rampage lately that books are not babies. She has a good point, that authors get themselves into trouble when they treat books like babies and not a commodity or a piece of art.

Still, this postpartum depression is real. Though dictionaries tend to define “postpartum” as “occurring after birth,” the Latin word “partus” means a bearing, a bringing forth. Which fits this scenario.

As the evening wore on, I felt better. Little bursts of relief that it’s done followed by intense paranoia that everyone will hate it. I get to go through now and make a few rules reconcile that I changed along the way, make sure all the correct seeds are in place. Then I’ll cut my balloon free and see if anyone shoots it down.

Meanwhile, I need to tend the garden. It’s doing okay, but not as well as last year, which is pretty much because I suck. Not at gardening in general – the irony is I once created a garden from scratch that was on our (admittedly small town) garden tour. Now I have these flowers I bought when my folks were coming for 4th of July weekend that I thought I’d plant to supplement the garden. But apparently I can’t remember that days have passed since I watered them. They’re looking quite scraggy now from drying out and I feel guilty because they were really gorgeous when I bought them. It’s like I got a puppy from the pound and tied it up out back and forgot about it.

What? You know I have an overactive imagination!

At any rate, it’s time for me to move back into the world instead of seeing the world of The Body Gift everywhere I look.

Move away from wordcount and into pages edited.

And get those roses planted already!

One Reply to “Post-Partum”