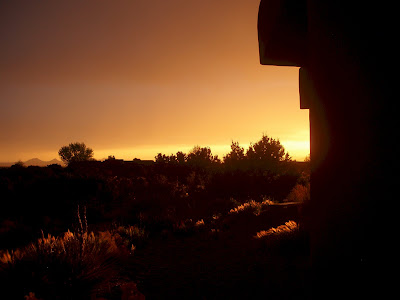 My mom is getting ready to sell her house.

This is the one she bought in 1972, just before my sixth birthday. She married my stepfather, Leo, a year later and they lived there until he died a few years ago.

Only the “winter” in Tucson has grown to be eight months or longer. And she just doesn’t enjoy her time in the Denver house anymore. It’s become a kind of museum of our family and not a living home. Also, the house is getting older and being left unmaintained for eight months at a time is too hard on it, especially during Colorado winters.

So, when my mom and Dave passed through here a few weeks ago on their annual migration north, and I could see how much she was dreading facing the house, I told her that, if my vote counted, that I’m fine with her selling the house.

I don’t think my vote should count, but she knows I have issues. Or did. I used to dream that she sold the house without telling me and I would come home to an empty shell. This is probably due to my dad dying when I was young and I had other issues about trying to hold onto stuff. But I’ve gotten much better about this kind of thing, as I mentioned the other day. Elizabeth Ryann commented that it’s like building a muscle – an image I just love.

So, the other day my mom updated me on the work they’re doing to fix up the house to sell and she mentioned that the park light on the front walk is gone now. It was broken and couldn’t be fixed. And it’s a bit funky for a house sale. I think she and Leo bought it in Taos or Santa Fe when they took out the old park lights and replaced them with new.

I was a bit taken aback – so much for my brave, deleting phase, and my mom replied “I know. I’m trying not to think about it.” So, I really did try not to write about it, I did, but I just had to.

Especially because I was telling David about it and how my mom thought we’d wired up the one broken arm at some point, which I don’t remember doing. He doesn’t either. But, it turns out, he has NO idea what light I’m talking about.

“The 12-foot tall iron lamp you have to pass to walk in the front door?” I say “With the four big arms with globes and another on top? The one that’s been there for 35 years and has formed the backdrop for 27,000 family photos??”

I might have been growing a bit shrill at this point, because he ducked his way out of the conversation. I might have sulked a little bit.

I’ve reached the midpoint of Sterling and I’m working at building the romance between the hero and heroine. Actually, I’ve been building it and now I want some delivery from them. One of the classic ways to show that their love is real and true is for the man to understand things about the woman that no one else does. He would, for example, know how she felt about the freaking park light on the front walk of her childhood home.

But real love doesn’t work that way and I know it.

Come January, David and I will have been together for twenty years. He does understand things about me. And when we go up to Denver, he’ll almost certainly remember that conversation and look at where the park light was and say something like “Oh, that light! I just didn’t know what you meant by ‘park light.'”

I think the real love is in him letting me get a little shrill and sulky and letting it go. I suspect he knows this won’t be the last of the upheaval until the house is sold. There will be much deciding in the coming weeks of what to keep and what to let go of.

I know I can trust him to be by my side through all of it.

That’s the really difficult part to capture in a novel. I’m lucky to have it in real life.