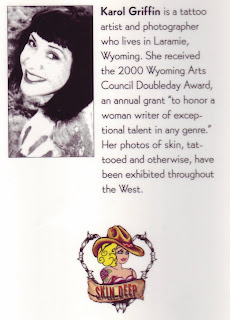 I found out yesterday that my friend, Karol Griffin, has died.

Yes, it’s a shock because she was my same age. And because she didn’t tell me she had Hepatitis C. I didn’t know she was waiting for a liver transplant.

But then, we’d fallen into a pattern of only emailing every once in a while. Actually, I should say that we’d taken up that pattern after falling out of touch for a number of years.

I met Karol sometime around 1996. I know this because that’s always the year I cite when people ask me how long I’ve been writing. Those were the days of shiny exuberance. I’d joined a writers group and was producing real work that people liked and gave substantial feedback on. It was the beginning of what would become the Silver Sage Writers Alliance. We were a serious critique group that we eventually capped at 12 members. Most of us went on to publish in admirable places, several of us with books.

I remember when Karol joined the group, though I forget on whose recommendation. She was kind of wild, with her Betty Page sensuality and her full-sleeve tattoos. Her essays ran raw and sexy. One of our middle-aged members tried to turn a critique session into a counseling session, which Karol would have none of.

Another one of our members once wondered if Karol wrote about her crazy life, or led a crazy life to have things to write about. She was fascinated by the idea of the outlaw — both in the sense of the Mythic West and in our personal lives. When her book, Skin Deep: Tattoos, the Disappearing West, Very Bad Men, and My Deep Love for Them All, was published to the biggest advance any of us got, her outlaw life seemed vindicated. It’s a wonderful book, too. 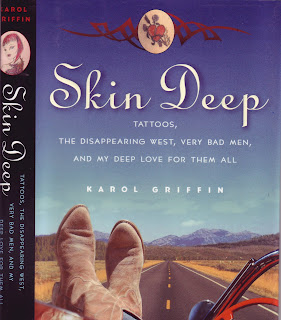 I remember helping her come up with the title. I know I had input and, not surprisingly, argued strenuously for my take at the time — and now I don’t remember which part I liked or didn’t. It was Karol’s book and full of all her deep love.

That was the thing about Karol. She was larger than life. Another one of our group said Karol reminded her of Marilyn Monroe.

Beauty, charisma and a smidge of tragedy.

Eventually things went bad for her. Those who know her, know what went down. Those who don’t — well, her writing tells you most of it, and tells it well.

We fell out of touch and I think it was because she wanted it that way. It was something she went through on her own. I always had the impression she didn’t want witnesses. And that was part of her, too. Karol always did things her own way.

A couple of years ago I was at a book festival at one of Wyoming’s community colleges. To my surprise, Karol was also on the program. After a couple of diligent hours at my table, I enlisted someone else to watch my books. I worried that she wouldn’t be happy to see me, but her face lit up in her characteristic radiant smile when I walked up. 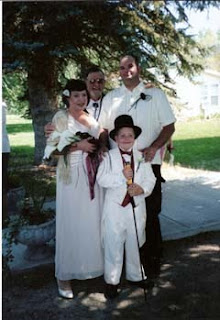 We talked a bit — there wasn’t much time — but we started emailing again after that. She was teaching at the college. She’d met a man that she said met all the delicious criteria of a “Very Bad Man,” but without the other stuff. She had custody of her son, Sam. She sent me the wedding photograph.

I was really happy for her.

I suppose that all I can offer is my grief.