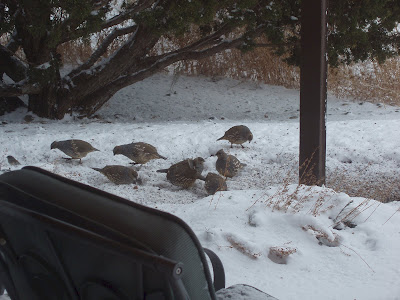 I’ve been trying to explain social media to people lately.

And you should, because I am more often the luddite than the gal in the know. And I’m so not the generation of social media — though I notice that mine, the Generation Jones, if you will, has cheerfully glommed onto the concept. Perhaps because we’re all so determined not to become technologically obsolete before we absolutely CANNOT keep up any more. After all, we learned computers when you had to do everything in DOS, dammit. The younger people don’t know what it was like, creating graphics designating the color for each pixel, uphill, through six feet of snow.

I do, however, go to writing conferences where they talk about online marketing. And I go to those sessions, because I’m hopeful of one day having a new book to market. And do a better job of it this time. Though, granted, I used the tools I had at the time.

So, folks in the generations before mine, the Boomers and the Silents, (They all want to be Silent Generation now, have you noticed? No one wants to be a Boomer.) ask me to explain what social media is.

I tell them, it’s about creating networks of people, primarily online, and you share information about the things you like and use. And they say, oh, advertising and I say, no, because this isn’t controlled and it isn’t full of tricks. It’s about honest communication. Stuff you happen to buy is just one part of that.

They don’t get it.

I’m probably not explaining it well.

Penelope Trunk, one of my favorite bloggers (for the record, she does not pay me to say that; she barely knows I exist), does a better job of explaining it, though I can’t find the exact post I’m thinking of. She says the younger folks, the Ys, don’t even think about this. It’s just how they are.

What I suspect is, everyone heard in the early days of social marketing how people were paid to talk to their friends about products. Doing the Oh! I’ll have a Beerweiser! I lurv the Beerweiser, don’t you? Maybe this still goes on and I just don’t know about it.

Of course, we all thought this was really icky. Like stealth advertising.

But the thing is, we all do this all the time anyway; we’re just not paid to do it. Which makes it honest. My aunt says she wants to pick my brain on MP3 players — I’ll tell what kind I bought and why. My mom asks which brand of vitamins is the most trustworthy; David has researched it and we can tell her. They don’t know it, but it’s social media.

All of this comes to mind because on yesterday’s post, I mentioned that my internet was slow and carelessly cast blame on either Qwest or Google. (Relax Qwest social media team — you already contacted me!) And, as you can see from my parenthetical comment, someone from the Qwest social media team commented on my blog post offering to check my internet line for problems.

Totally cracked me up.

And then I thought, very cool of them, that they have a team that picks up on mentions of their services and responds. How smart of them to pay attention to honest, if flip, assessments of their service.

I took them up on the offer, too. The ‘net has been slow at our abode lately. I would love for them to fix it. I like Qwest’s service either way and I don’t mind saying so. No, they don’t pay me either.

What’s more interesting to me? Both my mom and aunt reacted to the comment from Qwest as a corporate intrusion. A Big Brotherish “they’re watching you” kind of thing. My mom even said to me (on Yahoo IM, if we’re quoting brands) “Now even I have to watch what I tell you. God only knows who is listening!”

I say, hey, I threw myself, my words and opinions out there. I made my thoughts accessible to the web crawlers. They’re smart to listen. In fact, I think they’d be fools not to.

The best part of social media is it’s FUN. It’s like a big party. Those Gen Y kids knew what they were doing when they started MySpacing and Chatting and FaceBooking and we, the grown-ups, all thought they were nuts.

David asked me how the photo of our Christmas quail figured into my theme tonight and I said it hadn’t come together yet. But you know, if the quail had a way to post “found a great feeder tonight — they’ve got the BEST seed!” — wouldn’t they do it, too?

Hell, maybe they do!