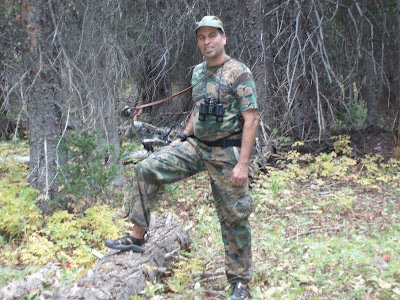 “Well, Sundance, at least we have enough ammo to hold off the Bolivian Army.”

This is what I was planning to say to David when I came back into the house after organizing the garage. I had the words all picked out, amused myself terribly as I worked, but then I couldn’t quite tease him about it.

Contrary to some opinion, I do hold my tongue now and then.

However, I did tell David that I thought he was the worst packer on the face of the Earth. This is after I suggested throwing his old suitcase into the BB/BS donation pile for tomorrow morning, and he said there was stuff in it and I said, no, I checked and PUT AWAY the collection of BULLETS, CARTRIDGES, NAILS and SCREWS.

I kid you not. The suitcase was full of this stuff.

He says, “I had no choice about that.”

Which makes me laugh, because he totally means it. He means that, faced with drawers of random hardware condiments and ammunition, on a short timeline — and, oh my god, our timeline was short — that throwing a chunk of it into his broken old suitcase would seem inevitable.

In a month, we’ll have been together for 19 years. So, this is all stuff I know about him. One of my first published essays was called “Bullets,” and was about dating a man who had shotgun cartridges rolling around in his truck.

Of course, even though he doesn’t hunt anymore, we have plenty of ammo.

Which I packed away, in my organized fashion, into the plastic bin labelled “hunting supplies.” If/when he asks me where it all is, I can tell him. Because, you know, he will ask. Though I must grant that he remembered which broken suitcase he’d stowed it in. And I’m pretty sure that was late on the last Thursday, just before we closed the truck and left the house forever. Right after I asked him if he’d packed the stuff in his drawers in the basement. An ingenuous question on my part, because I knew perfectly well he hadn’t.

Which is why he had no choice and why I shouldn’t be surprised to find it.

All I can say is, if we move to Bolivia?

We’re taking nothing and starting fresh.