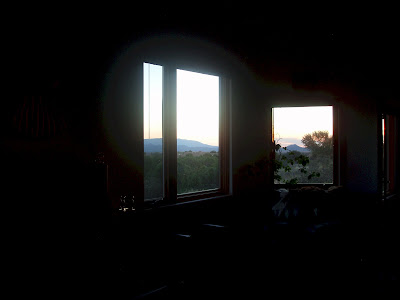 This morning in the Water Cooler, we had an interesting conversation about contests and a pitfall I’d never considered.

The Water Cooler is a chat room on the website of our Fantasy, Futuristic and Paranormal Chapter. One of our board members is an amazing web designer and she created these various chat rooms for us. The Water Cooler is for hanging out while you write. Sometimes we do timed sessions and then report back word counts or pages edited. Sometimes we throw out problems we’re struggling with, for feedback.

This morning, one gal mentioned that she wasn’t working on her WIP — lingo for Work in Progress — but instead doing penance and judging a contest entry. Penance because she’d failed to notice that one of the entries given her to judge was the exact same entry she’d judged for another contest the week before. These are for our chapter On the Far Side contest and everyone is supposed to be done judging by tomorrow.

She turned the entry back in and took another because she “would have had to write all the exact same comments.”

So, it’s an interesting thing. So many RWA chapters sponsor contests that the market is arguably flooded. And yet, these are opportunities unmatched in the business, that you can get your work in front of agents and editors who serve as final judges, but who won’t accept unsolicited submissions. Some people get caught up in collecting contest finals and wins (one group keeps count and actually gives the person with the most finals in a year an actual TIARA — yes, these are all women). But really, the point is that this is a chance to get your manuscript that much closer to publication.

The editors and agents serve as final judges, meaning that they judge the finalists. As determined by the chapter members who volunteer to judge. And sometimes people from outside the chapter, if the chapter in question can’t get enough volunteers.

Now, many people in RWA belong to several chapters — maybe a local one or two and a couple online groups. So there are two or three contests you’ll be hit up to judge right there. More if you’re feeling generous and volunteer to help another group. The pool of people submitting to the contests is largely this same group and they usually hit as many contests as they can, to maximize their chances.

There’s a word for this syndrome.

MFA programs have been accused of producing literary clones. (I tried Googling “MFA Syndrome” to give you a good link to an article, because I know I’ve read a couple, but all the hits were in other blog posts. Hmmm….) The academic/MFA environment produces literary writers who get university posts to teach MFA programs.

There have been complaints that the contests are past their prime. That the agents and editors don’t request full manuscripts as much. That they aren’t making as much money for the chapters.

Maybe we should think about doing something different.